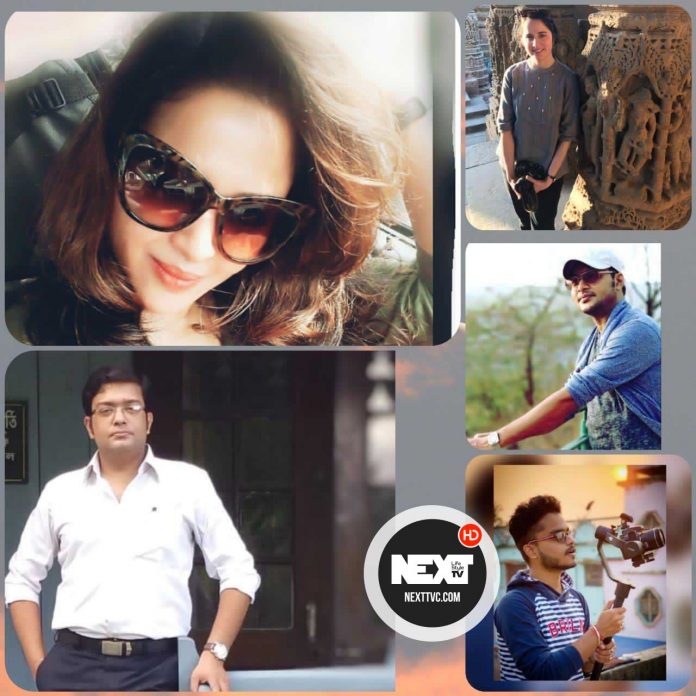 “Frankly Friendly – a clique ride” 35MMCREATIONS’S shooting is at its peak. We had to face too many hindrances at the initial stage of the shoot. Though the core team is neatly aligned with the same vision and a strong chemistry of relationship, thereby no obstacles could stand to block our path.

We faced certain unprofessionalism from a few freelancers who were newcomers and had come with loads of enthusiasm and interest to join in our project “Frankly-Friendly”. But during the shoot, eventually we understood that they have temperamental issues as well as intentions to steal the intellectual property of 35MMCREATIONS or were without the needed dedication towards the standards of the industry and were causing damage to the project.

We promptly took our call to sideline these unprofessional and trouble makers and soon replaced them with better talent. Our production house has few agendas as we work in a peaceful yet professional atmosphere where we want to work with people who are focused and not restless.

In this journey, we had to encounter some wrong people, but we immediately replaced them in order to maintain our principles, which we strongly abide by. Sighting instances, a person from Punjab who had shown tremendous unprofessionalism and disturbed our first shooting schedule.

We had to immediately replace him; similarly, in another significant incident a Bengali person from Mumbai came up and showed interest to work with us thereby learning the details of our content to get aligned with but later his behavior made the entire team uncomfortable, so we also had to debar him and did not appoint him any further.

The tightly knitted team, the cast and the post production crew, all are working in a much planned manner, with a different technical approach and a unique content, dedicatedly and peacefully conveying due respect to each other. After such incidents, the founder- producer of 35MMCREATIONS has taken a decision in consulting with her associates to take a legal action against the person from Punjab with documented evidences where the person caused damage and has fallen under breach of trust.

We are strictly maintaining our agendas where protection of women against any abuse (physically / verbally) so that no one can create any nuisance for any individual associated with 35MMCREATIONS and its respective projects. If such activity is brought into the notice of the Producer or the Associates, immediate corrective action will be taken to maintain the goodwill of this production house.

The founder-producer of 35MMCREATIONS Simita Kundu has chosen her main associate Saikat due to their long-term friendship and trust that they share. She has handpicked a fresh talent Jishnu after she met him in a studio and eventually she realized Jishnu’s loyalty, dedication and focus towards 35MMCREATIONS, thereby decided to provide him with a platform to showcase his talent.

Apart from Saikat another associate, Fatma shares a family relation with the producer. Fatma says, “Being a woman I feel the essentiality of having a strong legal and ethical team so as to ascertain that woman can work here safely and with justice and dignity coupled with the maintenance of the set rules and regulations together with its standards of work in the given congenial environment”.

The founder has chosen her legal team since the birth of the production house in Jan 2020. 35MMCREATIONS has a panel of lawyers from Kolkata and Mumbai and the founder Simita Kundu have made Arijit Chakraborty (Adv. high court – Kolkata) the face of the legal team who is also an associate of 35MMCREATIONS.

Arijit has known the producer since long. Arijit in view of the integrity of the production house says, “Since the beginning of this production house we had laid down the rules concrete enough to protect the dignity and reputation of the house”.apart from him vinay tendulkar and priyankar deb sarkar is in the panel directly and few legal bodies are strongly bonded with the founder/producer Simita Kundu.

We believe in the genuine talent, loyalty, moral and integrity of the people who are constants in 35MMCREATIONS. And we are working with the people who will maintain the decorum and ambience of the production house and love to work in a friendly zone.

We strive to create a good professional zone for people who truly want to work with dedication and deliver quality without hampering anyone’s state of mind. We welcome the right people for a clique ride.