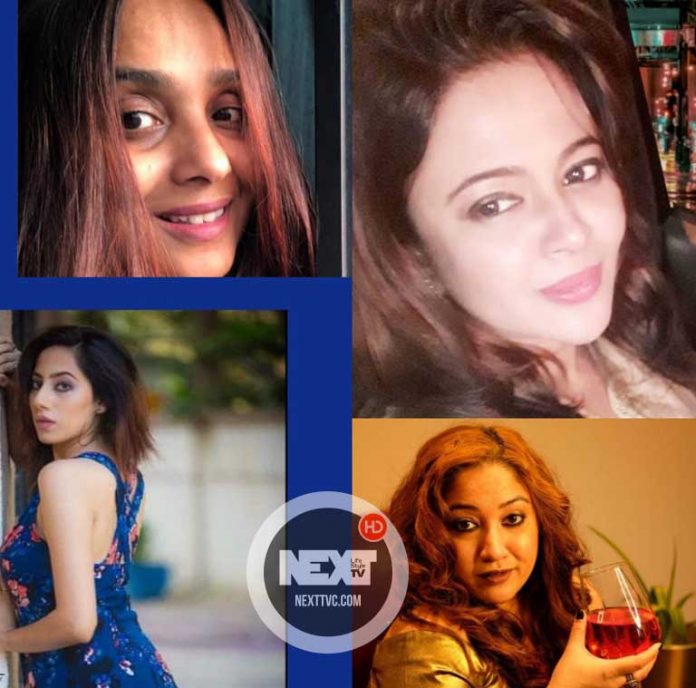 With the very initiation of the production house, Simita Kundu along with her team was clear about creating only quality content and visual with a different & unique mechanism of technicality. The entire team is executing in a right way to portray a power packed visual. They have chosen a mix of proficient national faces as well as fresh & confident talents to cast in this woman-based story called “Frankly Friendly — a clique ride” which predominantly portrays the emotional journey of four friends and their ups and downs of life, their goals and how they break their shackles which did not let them fly for their dreams. Truly, during the workshop these 4 reel characters became real friends.

Simita Kundu representing the character of Sreeja, a face for regional and national visual projects as well a flourishing voice artist for Indian advertisement and also the founder of 35MMCREATIONS from Mumbai, says “As an actor, this is a very challenging journey for me to craft Sreeja’ s character with her various shades and while doing the workshop Sreeja’s character became very close to my heart”.

The actor Simita who in turn is the producer for “Frankly Friendly” reveals the reason of casting for the other three girls. Simita being an actor, always gives preference to the actors and says, “I’ve selected Rhythm Sanadhya as Jessica because we always had a cordial professional friendship and she wanted to work with headstrong individuals like her. She always wanted to provide a right character with the right script so that Rhythm who is a model/actor/businesswoman can portray one of her best performances through the character of Jessica”. During Jessica’s shoot, Simita felt Rhythm Sanadhya was apt for Jessica and this actor-duo bond clicked. Rhythm says, “This is one of the most challenging shoots in my life where I’ve grown as an actor for sure”

Similarly, the producer chose Radhika Rao as Riddhima and gave her a platform to launch herself on visual projects because the Producer and Radhika share the same class of vibes regarding intellectuality. Radhika Rao is a terrific performer in Indian voice fraternity and a post producer too. The producer adds on, “I’m very confident; Radhika Rao will do the appropriate justice to the character of Riddhima seeing her seriousness and dedication towards the project and knowing Radhika’s skill since they have worked together in different platforms”

Debarati Bhattacharya, who is a former theatre actor from Kolkata who always had the urge to work in good role in Indian visual projects to show her potential, plays the character of Rati in “Frankly Friendly”. Though Debarati is in abroad, her part of the shoot is done with too much of intelligent technicality. Simita & Debarati share a bond of trust and loyalty.

The producer says, “I know my girls will rock. I have faith and confidence in them. The concept of Frankly Friendly and the clear vision of 35MMCREATIONS has already started spreading the vibe among the people of the industry and to some headstrong, independent, intellectual and intelligent people who brace the founder and the entire team”.

The producer/ founder and the main associate, Simita and Saikat say, “35MMCREATIONS’s Frankly Friendly presents a performance based unique content where there is a twist in the casting and they will soon reveal it”

So what more? Wait for their upcoming exciting revelations unfold in due time. Keep an eye.