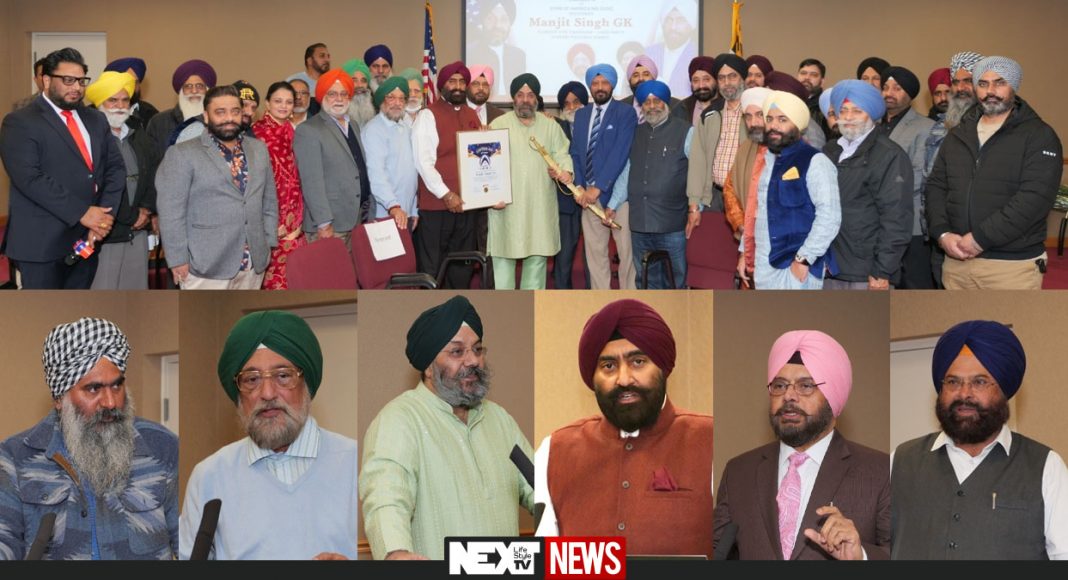 Jasdip Singh Jesse, the chairman of Sikhs of America, hosted a ceremony at the Center for Social Change in Maryland, where he formally introduced Mr. Manjit Singh G.K., a prominent Sikh politician and former president of the Delhi Sikh Gurdwara Parbandhak Committee (DSGMC).

The event was attended by many presidents and other community authorities, notable citizens, and dignitaries from the District of Columbia. Nevertheless, the concerns of the Sikh community were widely discussed in the media during this period. In this extensive article, the challenges that Sikhs confront in different parts of the world are dissected in detail. During the address, the Chairman of Sikhs of America, Jasdip Singh Jesse, stated that he had informed the visiting dignitaries that the whole community had discussed the release of the captive Singhs and the severe problems facing Sikhs in India, especially in Punjab, and that such issues should be discussed in the future with Sikhs of America.

To express their appreciation and respect for Mr. Manjit Singh G.K., the directors of Sikhs of America, including Baljinder Singh Shammi, Sukhpal Singh Dhanoa, and Kamaljit Singh Soni, gave him a sword along with a Certificate of Honor. Sardar Sukhpal Singh Dhanoa, a well-known Sikh journalist and TV broadcaster, served as the event’s master of ceremonies.