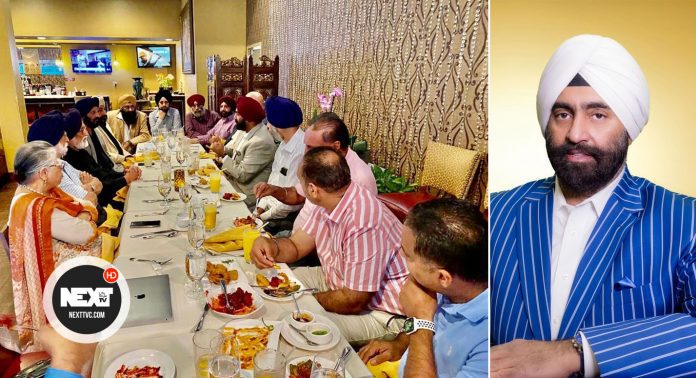 Jasdip Singh Jesse, Chairman Sikhs of America, thanked the members who helped during the Corona Pandemic.

Due to the Pandemic, after an extended period, the Sikhs of America meeting was held at Jewels of India Restaurant. In this meeting, Jasdip Singh Jesse, Chairman Sikhs of America, welcomed all the members. He also thanked the members who had helped in food distribution and sending Oxygen concentrators to India. He also thanked the front-line workers who had assisted During the pandemic.

All members gave their suggestions about plans on helping the Sikh community. It is essential to mention that Sikhs of America have been doing work for Sikh identity and other Sikh issues at the international level for some time. It was decided to organize an event soon. SOA is a non-political and independent organization. SOA has been very vocal about Kisani Andholan in India and again reaffirm their support to the Kisan morcha. They reiterated their plea to the Indian Government to resolve the farmer issues as soon as possible.