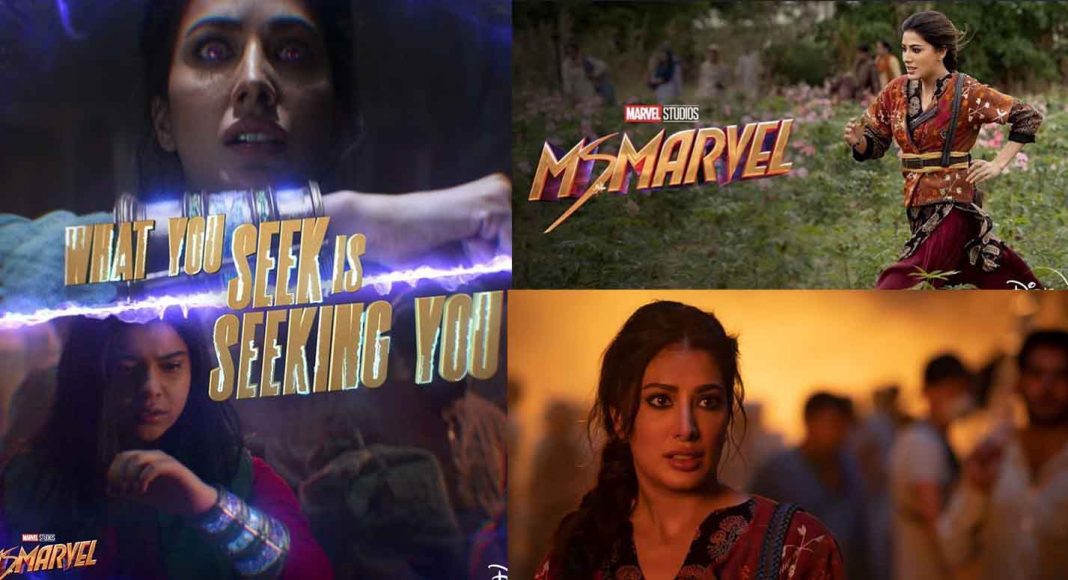 Sharmeen Obaid’s “Ms. Chinoy’s Marvel” episode with Mehwish and Fawad was named one of the “Best Episodes of 2022.”

The Partition of India in 1947 is talked about in The Hollywood Reporter's review of "Time and Again."

The TV critics at The Hollywood Reporter have chosen their favorite episodes, and they’ve just unveiled the list.

Time and again, an episode of “Ms. Marvel,” directed by Pakistan’s Oscar-winning filmmaker and starring Mehwish Hayat and Fawad Khan as Aisha and Hassan, respectively, is on the list. The couple’s tragic love tale has been named one of the best TV shows of 2022.

The reviews say that Ms. Marvel “makes the Partition of India unforgettable by tapping into the deeply emotional traumas that event caused and by showing how its effects have echoed through generations of South Asian families.”

Hayat took to Instagram to share the wonderful news with her fans. “Amazing!” she exclaimed. To be recognized in this way among so many other, more well-known programs is an incredible honor.

She went on to say that it was crucial to exposing the world to the horrors of partition. “All of us in South Asia hold the Partition era dear, and the fact that this film has been recognized by THR demonstrates the story’s widespread appeal.” “I appreciate it.”

Later, he thanked the Ms. Marvel producers, Sana Amanat and Jenna Berger, for their faith and support, and he praised his director, Obaid Chinoy, from London’s Nahi Jaunga.

The first six episodes of Ms. Marvel aired from June 8 to July 13, 2022. The protagonist of the fourth act of the MCU, Mala, is a young girl who has a creative imagination and is obsessed with superheroes, particularly Captain Marvel.
She doesn’t fit in at either her school or her household until she develops superpowers like those of the fictional heroes she admires so much. The show has a slew of talented actors like Iman Vellani, Matt Lintz, Farhan Ahktar, Mohan Kapur, and Saagar Shaikh.