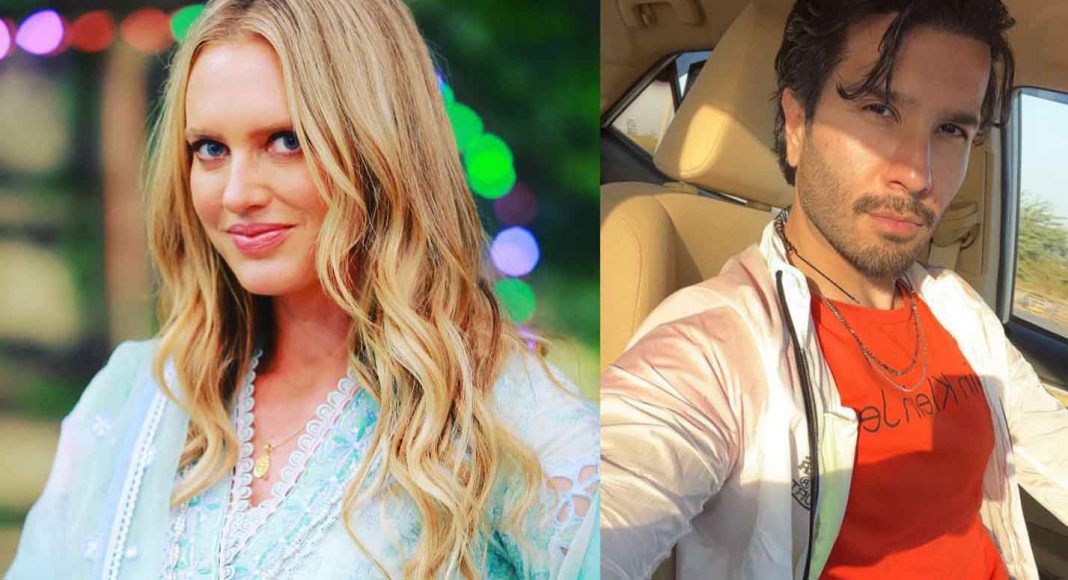 Shaniera Akram criticizes Feroze Khan for endangering his son’s life and saying, “Your child is not a toy.”

The activist shared a screenshot of Humaima's narrative showing her brother and his child in the driver's seat.

The actor Feroze Khan came under fire for putting his son’s safety in danger while driving home after the hearing while he was arguing a custody dispute in court. Shaniera Akram, an actor, and road safety activist posted a screenshot of him driving with a child in his lap to highlight how dangerous such a practice may be for youngsters.

A screenshot of Humaima Malick’s Instagram post with a video of her brother Feroze driving with his 3-year-old son in his lap was shared by Shaniera. Shaniera yelled, “I am sick to my stomach at the ignorance of some people!” Why can’t they see that this is dangerous with their thick heads? “You’re endangering the life of your own child,” she continued.

The Money Back Guarantee actor continued by explaining how such acts of love can have devastating consequences. She continued, “If your child sits on your lap in the front seat and another car strikes you, even if it’s only doing 30 kilometers per hour or less, your child will fling from your arms, hit the dashboard, windscreen, or even worse.” “If your child survives, there is a good possibility that they would have had severe head damage and would have a permanent brain injury.” Why would someone take that kind of risk?

While Shaniera admitted she doesn’t relish calling people out, she feels ethically compelled to speak up when people’s lives are in danger. She highlighted that not just accidents but even minor bumps can be dangerous for kids, especially with new automobiles, and we all know the condition of roads in Pakistan for those who say that they’re being careful and it’s all just a little family fun on deserted streets.

As terrible as it is, Shaniera has had to discuss traffic safety with celebrities and the general public before. She gained notoriety earlier in 2021 when she criticized celebrity couple Minal Khan and Ahsan Mohsin Ikram for disregarding traffic laws while riding in a car with their niece Amal Muneeb, the child of Aiman Khan and Muneeb Butt.

She explained why she feels so strongly about traffic safety earlier this year. It stems from all the tales she overheard from her father, a police officer, who frequently responded to terrible car crashes involving kids who weren’t wearing seatbelts. She stated, adding that such actions were “blood-freezing,” “He said that on almost every occasion, the automobile transporting the children was not at fault and was always going at a modest speed.”