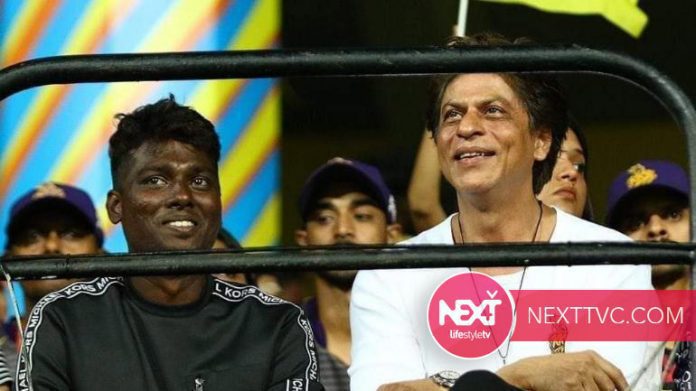 After Zero, Shah Rukh Khan had taken a break from the movie. Speculation has been rife about his next project with some of the biggest filmmakers queuing up to sign him up. While SRK was yet to give the nod, three filmmakers (Rajkumar Hirani, Atlee, and Raj Nidimoru and Krishna D.K.) were in advanced stages of talk but now we have heard that Tamil director, Atlee, will be the first to begin shooting with the superstar. While Hirani is busy adding the final touches to his script, Raj and DK, are directing the Indian segment of Citadel for Amazon.

A trade source says, “Shah Rukh and Atlee are expected to make their announcement, along with Karan Johar, within the next couple of months and film will immediately begin”.

While SRK fans had expected an announcement on his birthday, Atlee’s script wasn’t ready. As it has been reported last week, Karan Johar’s Dharma Productions and Shah Rukh’s Red Chillies will be producing Atlee’s movie, titled Sanki (working title), said to be a fast-paced action drama.

Not only is this the first time that Shah Rukh and Atlee are collaborating for a film, but it will be Atlee’s first Bollywood movie and his fifth altogether. Both Karan and Shah Rukh have loved Atlee’s Bigil, which collected over 300crore worldwide. Atlee’s movie will also see Karan and Shah Rukh reunite professionally after Ittefaq (2017), which was produced by Red Chillies Entertainment in association with BR Studios and Dharma Productions.

Once the announcement is made, Atlee and Shah Rukh are expected to begin shoot from April-May. Atlee’s south team has already started the post-production. With top banners Dharma and Red Chillies headlining the project, the movie will be heading towards a fast completion and release. Atlee is working with the creative teams of the two production houses to complete the final draft of the script.

Buzz is that when Atlee had approached the superstar last year, he didn’t have a completed script in hand – only a basic plot ready and a few powerful sequences. The source adds, “Now the bound script is ready with Atlee adding some last-minute touches to the screenplay. Raj and DK’s movie with Shah Rukh is very much on. “Once they complete Citadel they will begin pre-production on SRK’s movie by next year. Rajkumar Hirani is at present, apparently, writing two scripts – Munnabhai 3 and the one with SRK. It all depends on which will be completed first.”

Shah Rukh will next be seen in a special appearance in Karan Johar’s Brahmastra, on December 4, 2020.