Shah Rukh Khan’s last film Zero did not do well at the box office and therefore, he is being extremely cautious with his next projects. He pulled out of Saare Jahan Se Accha for the very reason that he was not sure whether he wanted to experiment with roles that much as an actor. But while he is still being choosy about the films he wants to do as an actor, he is going all out as a producer. After co-producing the Taapsee Pannu – Amitabh Bachchan starrer Badla, he has now turned his attention to Netflix. Just like Priyanka Chopra who is producing and acting in a film for the online streaming platform, Shah Rukh to helming a project called Bard Of Blood. In addition to this, he also is producing a film on a very interesting concept for Netflix.

According to reports, SRK’s new project will be set in the year 1983 and will be about the Mumbai Police’s initiative to train a special team of encounter specialists and shooters at the time when the underworld was at its peak in the city. The film produced by Red Chillies Entertainment will have all elements of a well-mounted period drama and will also have the World Cup win in the backdrop of the plot. Atul Sabharwal has been roped in to direct this project.

Yay thank u @netflix for giving my movies such a cool place to live in. https://t.co/sGys9Hhg8c

“Shah Rukh Khan is the most sought-after actor in the Indian film industry and has played a huge role in bringing Indian cinema to the world stage. His moniker ‘King Khan’ speaks to his status as a cultural icon and to the incredible popularity of his films among audiences worldwide,” said Ted Sarandos, Netflix’s Chief Content Officer, reports PTI.
Meanwhile, Netflix’s rival Amazon Prime has just launched its video streaming service in India.
Shah Rukh Khan is now prepping for his new film Raees, releasing next month, in which he plays a Gujarati boot-legger and crime boss.

Along with this, it is rumored that SRK will have a cameo in his own project, Badla. There is also buzz that he has an extended cameo in Mental Hai Kya which stars Kangana Ranaut and Rajkummar Rao.

Shahrukh Khan was last seen in the film Zero which could not collect much on the box office. Now he is being very careful about his upcoming projects and films. Reportedly, He backed out of Saare Jahan Se Accha. This film is the biopic of Rakesh Sharma. Shahrukh does not want to experiment with his skills on biopic because he thinks experimentations may fail. Therefore, he opted for Don 3 over Saare Jahan Se Accha. Now he is trying his hand at the production level. He co-produced the film Badla which stars Amitabh Bachchan and Tapasee Pannu. Now he is moving his aim towards Netflix. Shahrukh wants to launch a project called Bard of Blood on Netflix. Adding to this, he also is producing a film for Netflix on a very interesting project.

We are now the global home to the biggest Indian film star @iamsrk! @RedChilliesEnt pic.twitter.com/MJ97jOFQk3 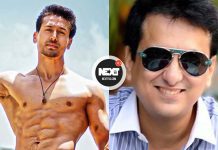 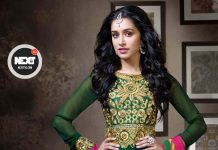 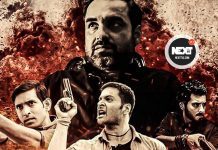 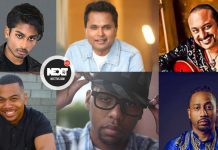 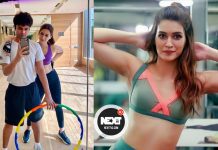 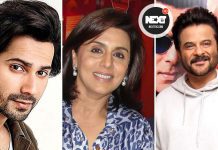 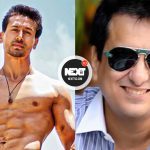 Bollywood Sajjad Ahmed - October 28, 2020 0
Tiger Shroff has found his mentor in Sajid Nadiadwala, who not just launched him in Heropanti, but also went ahead to collaborate with him... 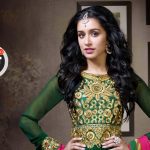 Shraddha Kapoor is all set to star in her trilogy based on the shape-shifting...

Bollywood Sajjad Ahmed - October 28, 2020 0
After a day of being snapped outside producer Nikhil Dwivedi's office, Shraddha Kapoor is all set to star in his trilogy based on the... 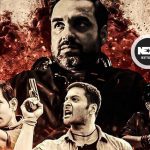 Bollywood Sajjad Ahmed - October 27, 2020 0
it can now be told. Yes, there will be a third season of Mirzapur, the Amazon Prime series that has broken all records among...