Saudi Arabia has reduced visit visa fees drastically for Pakistanis effective from February 15, according to a press statement of the Royal Embassy of Saudi Arabia in Islamabad. 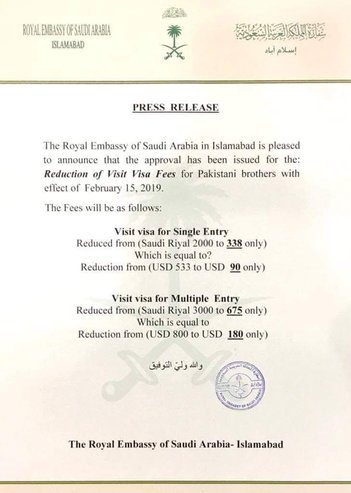 The fee reduction has been announced ahead of the first official state visit of Saudi Crown Prince Mohammed bin Salman to Pakistan, beginning from Sunday.

This decision will help hundreds of thousands of Pakistani nationals working in the Kingdom to bring family members on visit visas.

“We are tied with Saudi Arabia in economic and social ties, based on Islamic brotherhood,” he said on Saturday.