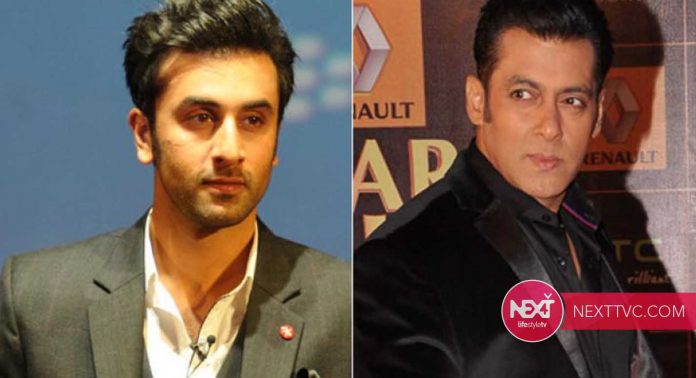 The animosity between Salman Khan & Ranbir Kapoor is no new to the B-town. We all know that the duo has not been in talking terms ever since they shared the same girl. Yes, if news is something to go by, Ranbir Kapoor had secretly apparently sneaked Katrina Kaif away from the superstar. And this has been the major problem creator between the two actors. But that’s not all, there’s more to the story. Salman & Ranbir has never been friends and here’s the real reason behind it

Reports say that there was a long-standing cold war between Ranbir & Salman and it goes back to the times when Katrina Kaif was not in their lives. Their equation just worsened after Katrina left Salman Khan for her Ajab Prem Ki Gajab Kahani co-star. The real problem started when Salman Khan had slapped Ranbir Kapoor over an argument. Yes, you got that right, Sultan Khan had hit the starkid after a heated dispute and the reason was quite ordinary.

The incident dates back to the time when Ranbir Kapoor had not made his debut in the industry & Salman Khan was in his younger days. The two were partying at a renowned pub and met each other. While partying, the two had an exchange of words. Soon the conversation took face of an ugly fight.

Friends of the actors tried to control them but nothing helped. Salman, known for his ‘angry young man’ image, turned violent and slapped Ranbir in front of everyone. The Kapoor lad felt humiliated and left the venue immediately. However, Salman’s father Salim Khan approached Rishi Kapoor with an apology, later. Hence the matter was not escalated ever after.

But, the silent war between Ranbir & Salman continued since then. With Katrina Kaif’s involvement, the problem just went to another level. This is also the major reason why Ranbir tries to avoid Salman Khan in public.