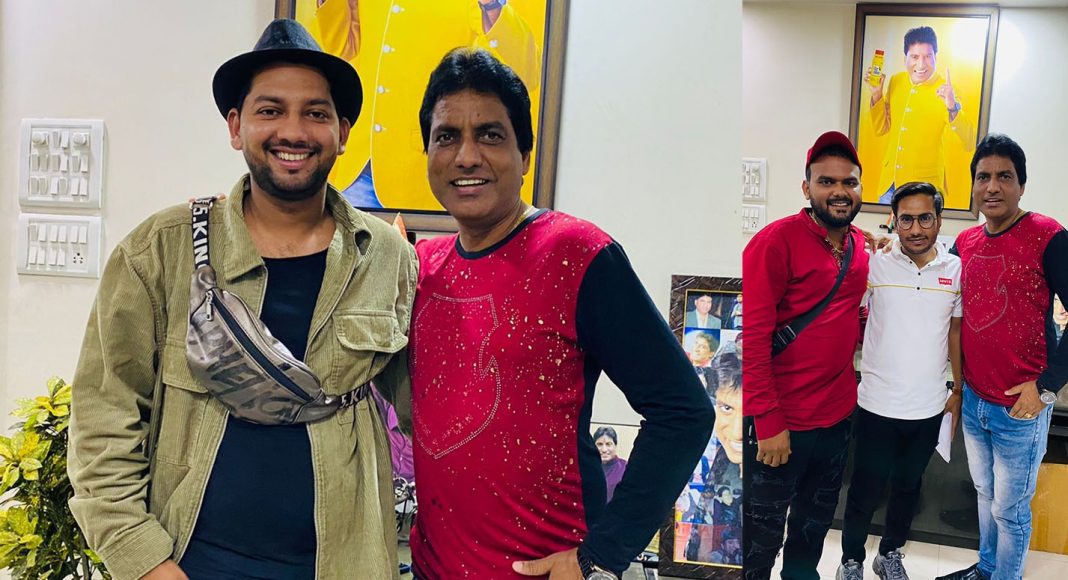 Saddened by the news of Raju Shrivastav’s death, the late actor was often in touch with Bollywood stars say filmmakers Rahul Khan and Sahil Chaudhary

Everyone in the film industry is in disbelief at the news of Raju Shrivastav’s death. Several famous people have spoken out about their sadness at the tragic loss. Rahul Khan, a filmmaker, has expressed his sadness at Raju’s passing.

Three days ago, Rahul Khan stopped by Raju’s house to see how he was doing medically. He had spoken with Raju’s optimistic younger brother, Dipu Shrivastav. Rahul said that Raju Shrivastav’s body had started to move, but his mind was still not working normally.

Saddened by the news of Raju Shrivastav’s death, filmmakers Rahul Khan and Sahil Chaudhary say that the late actor was often in touch with Bollywood stars like Amitabh Bachchan and Johnny Lever.

The family of Raju was in constant contact with megastar Amitabh Bachchan, according to Rahul Khan. Big B used to call Raju every day, and though Raju couldn’t speak, he would still move his eyelids whenever he heard Big B’s voice. The family of Raju was in touch with even the legendary comedian Johnny Lever. When on the phone with Johnny Lever, Raju would fidget with his hands and feet.

Meanwhile, Rahul Khan expressed hope that comedian Raju Shrivastav will recover completely and return home soon. But the news of his death has left him devastated. “Sincerely, I hoped that he would recover speedily, return home in peak physical condition, and restore smiles to everyone’s otherwise glum faces. It’s heartbreaking to learn of his passing, though. His wit and words will ensure his immortality. “

The beloved comic has been sick for quite some time. He was sent to AIIMS Delhi last month after he had a heart attack. The well-known comedian passed away on the morning of September 21. On September 22, at 9:30 in the morning, he will be cremated.

His brother-in-law confirmed the tragic news that Raju Shrivastav had passed away by saying that his blood pressure had fallen and that CPR had been administered. Although he first showed some reaction, he eventually passed out. It was anticipated that the ventilator might be taken out of the patient’s system in a matter of days. There had also been a reduction in the dosages of certain medications. ” He revealed his thoughts to India Today.

Sajjad Ahmed - May 14, 2021
Randy Santel "Atlas" vs Chive's Ultimate Taco Challenge at CHIVE Quick Creative Cuisine in Vero Beach, Florida which is on the Treasure Coast of...