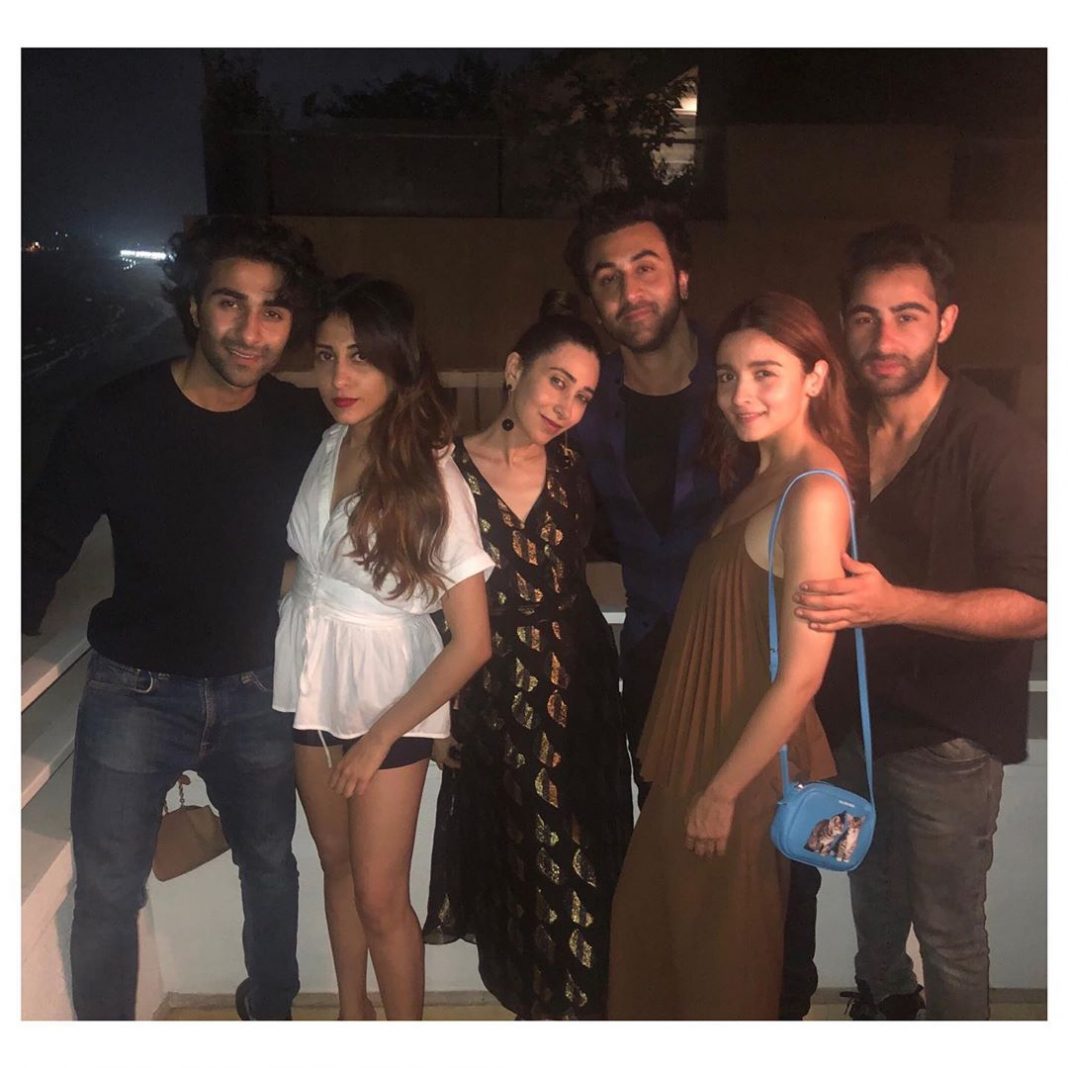 Karisma Kapoor started her weekend with a cousins-only party in Mumbai, which included Ranbir Kapoor and his rumoured girlfriend Alia Bhatt. Karisma shared a group picture which also included Armaan Jain and Adar Jain (sons of Karisma’s aunt Rima Jain) and Anissa Malhotra, who is reportedly dating Armaan. Karisma captioned the picture “Cousins” along with a heart emoticon and tagged the group. She also listed the missing members – Kareena Kapoor and Saif Ali Khan, Riddhima Kapoor Sahni and her husband Bharat and Nitasha and Nikhil Nanda (children of Ritu Nanda).
Kareena and Saif skipped the get-together as they were hosting Kunal Kemmu’s birthday party at their home in Bandra on the same night but more on that later.

Ranbir Kapoor has always been away from social media but looks like, he hasn’t really been away as he himself admitted to secretly following Katrina Kaif, Deepika Padukone, Alia Bhatt, and Ranveer Singh on Instagram

Ranbir Kapoor has been away from social media and while we are sure he has his reasons for doing so, primarily, to keep away with so many things that so many people keep talking about on social media, but also because he just stays away from that kind of negativity. But well, looks like it isn’t all that true and that he isn’t completely off social media because he does follow a few people, though secretly, but he does follow a few people on Instagram.

During a recent event, when the actor was asked about celebrities that he secretly follows on Instagram, he went on to name two of his exes, Deepika Padukone and Katrina Kaif, his girlfriend Alia Bhatt, and Ranveer Singh. Well, looks like he doesn’t really miss out on all the social media updates after all, and since this one is coming from him, now fans can know that he isn’t completely away from social media so he might be getting your messages and posts!

The Kapoors were divided on Saturday eve as Kareena and Saif hosted a party for Saif’s brother-in-law Kunal Kemmu at their home in Mumbai too. Neha Dhupia and her husband Angad Bedi also dropped in. Kareena’s uncle Kunal Kapoor was also there with his son Zahan.