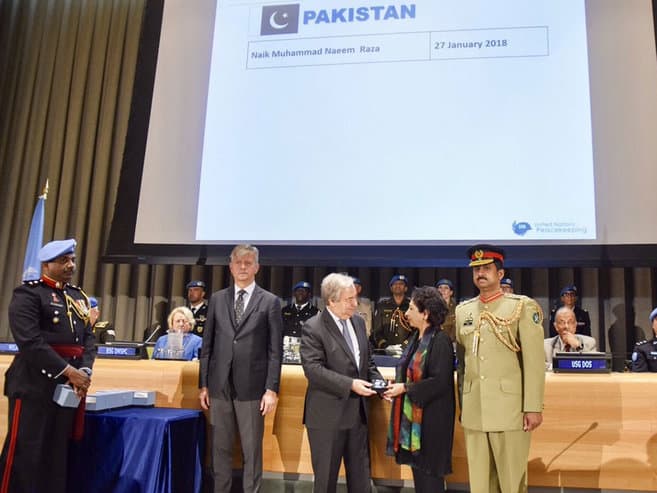 The United Nations (UN) has honored the Dag Hammarskjold medal to a Pakistani soldier, Naik Muhammad Naeem Raza, who embraced martyrdom while serving in the UN mission in the Democratic Republic of the Congo. 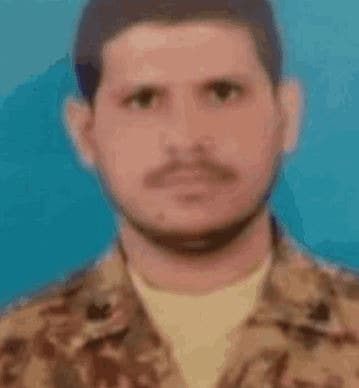 Lodhi said that she was ‘humbled and honored’ on receiving the award on behalf of the family of the slain Pakistani, local media reported. “Pakistani peacekeepers continue to serve UN peacekeeping missions with distinction and fly the flag of Pakistan high,” the country’s ambassador to UN added.During the ceremony, 119 brave individuals were honoured for making the ultimate sacrifice in the line of duty to uphold international peace and security in 2018 and early 2019.

The awardees included military and police personnel, international civil servants, and UN staff from 38 countries serving in 12 different UN Peacekeeping Operations around the world.Pakistan has a proud tradition of participating in UN peacekeeping and has consistently been ranked among the world’s top troop contributors. The country has contributed over 200,000 troops to 46 UN peacekeeping mission over the last six decades.

“Their sacrifices are testimony to Pakistan’s commitment to upholding international peace and security”, she added.

I accepted this posthumous award for our shaheed Naik Muhammad Naeem Raza at the Medal Award ceremony where [email protected] is honouring UN Peacekeepers who made the ultimate sacrifice in the line of duty. Naik Naeem Raza embraced shahadat in Democratic Republic of Congo(DRC) pic.twitter.com/UACG0qlo5l

The UN has also honored 118 brave individuals including military and police personnel, international civil servants, and UN staff from 38 countries serving in 12 different UN Peacekeeping Operations around the world.