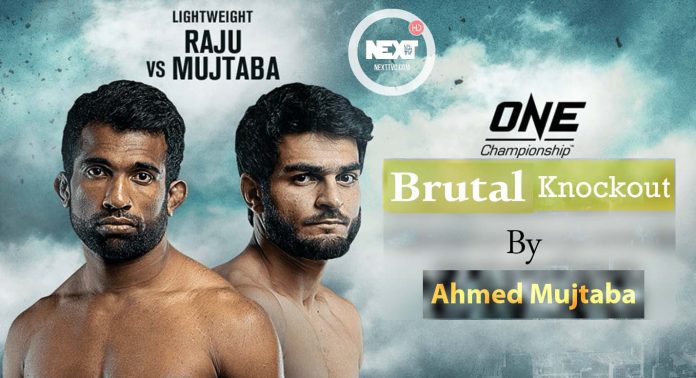 Mujtaba who was making his return to MMA after a gap of three years marked his comeback in style. In the first minute of the fight, Mujtaba ducked a punch from Raju and counter-punched him right in the face to knock him out cold.

Pakistan’s Mix Martial Arts (MMA) fighter Ahmed Mujtaba defeated his Indian counterpart Rahul Raju within one minute in the ONE Championship. Mujtaba knocked out Raju in the first round of their lightweight bout in Singapore.

Ahmed Mujtaba nicknamed The Wolverine, now has a record of 8 wins and two losses in his career, while Raju’s record has further deteriorated with 7 wins and 6 losses.

The Wolverine hails from Quetta and made his professional MMA debut in 2013, he since gained fame for his record of 7 straight wins before losing 2 consecutive bouts. He went undefeated for the first four years of his career before losing to Malaysian fighter, Keanu Subba, in 2017.