The video featuring actress Sajal Ali, released under the banner of Tarish Music.

The video directed by Hassam Baloch. and produced by Tarun Chaudhary and Omer Ahmad was filmed in Skardu.

The song has crossed 2 million views on YouTube and is currently trending on number 3 on the video-sharing website.

Atif Aslam on Wednesday dropped his highly anticipated music video “Rafta Rafta” as an Eid gift for his millions of fans. 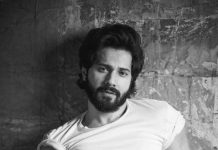