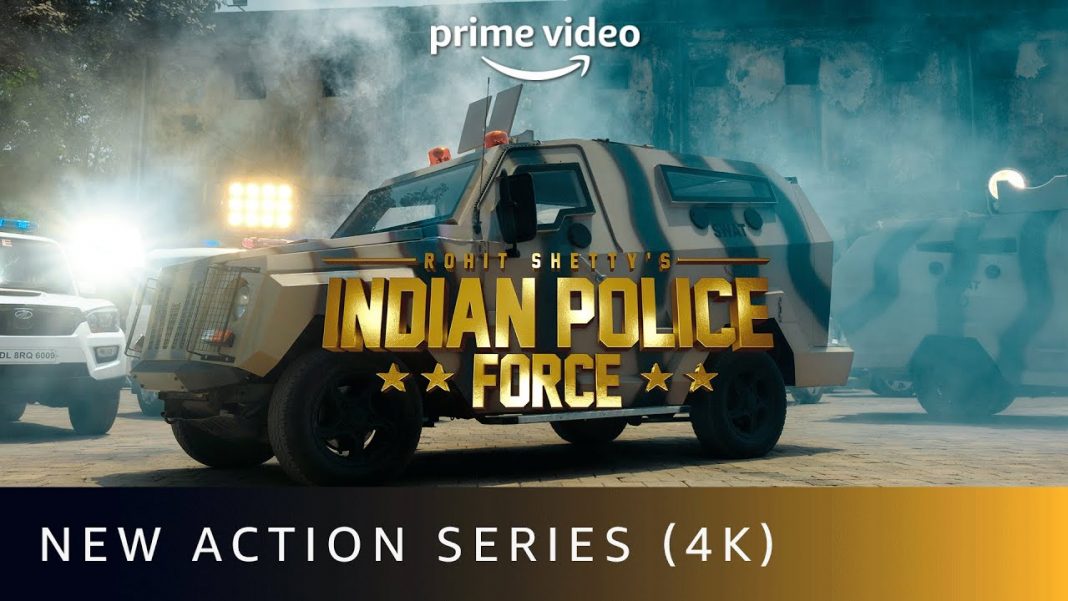 In a landmark cooperation with Rohit Shetty Picturez, Prime Video today launched an ambitious Indian Amazon Original series. The show, titled Indian Police Force, promises to deliver everything fans have come to expect from a Rohit Shetty production, and more! The Amazon Original Series aspires to set a new standard for streaming series in India, thanks to Rohit’s track record of directing and presenting high-octane action movies, and the presence of popular actor Sidharth Malhotra.

The fictional series pays homage to the selfless devotion, unwavering commitment, and passionate patriotism of our nation’s police officers, who risk everything in the line of duty to keep us safe.

The Indian Police Force aspires to raise the bar for action material produced in India for international audiences. With a global release, fans in 240 countries and territories will be able to immerse themselves in an immersive cop universe story anchored in Indian values.

We are confident that this series will add to Rohit’s action-packed cop universe that he has established over the years. As we continue on our quest to create this action spectacular, we are thrilled to welcome actor Sidharth Malhotra to the Amazon Prime Video family. We are optimistic that the Indian Police Force will present our global viewers with an authentic and thrilling experience!”

“Indian Police Force is a really special one for me, and I’ve been working on it for years,” director-producer Rohit Shetty stated. I’m thrilled to be working with Amazon Prime Video to bring this narrative to life, since it will span geographies and languages, giving me the opportunity to share it with viewers all over the world.

I’m ecstatic to be working on this series alongside the incredibly great Sidharth Malhotra. I’ve always wanted to push the boundaries of action-oriented entertainment, and I’m convinced that with this series, we’ll set a new standard.”