Prime Minister Imran Khan has announced the commencement of a national healthcare system. 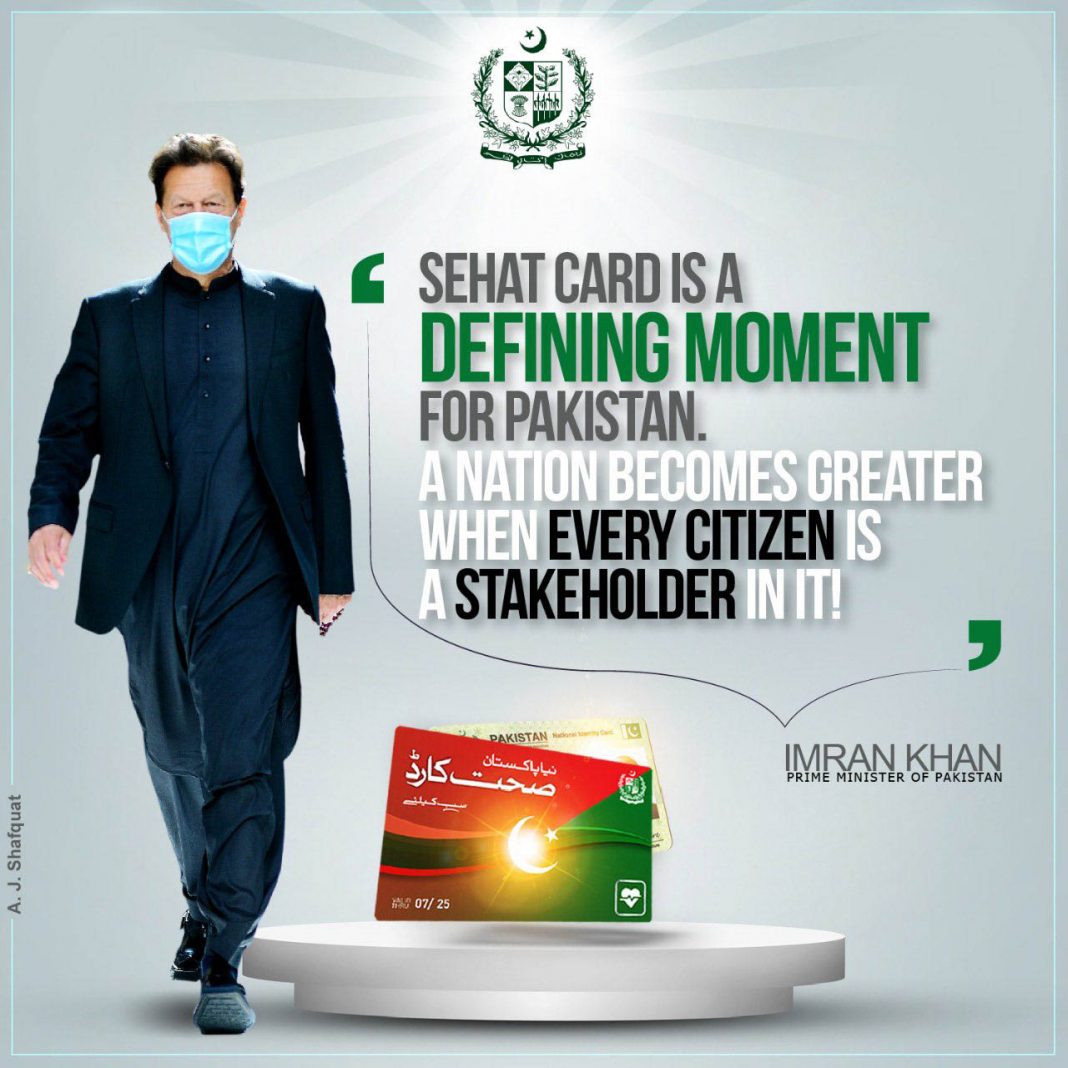 The government would spend Rs450 billion on the plan, which will give citizens free medical treatment at government and private facilities. Each family is eligible for therapy of Rs1 million per year.

PM Imran remarked at the event in Islamabad that private and government hospitals would no longer be required to pay a fee for universal health care, and that both private and public hospitals will be able to provide treatment to the public.

“It is a really big initiative,” Imran added, adding that for the first time in the country, both the affluent and the poor would have access to free healthcare.

The prime minister stated again that ‘elite capture’ has caused the government health system in Pakistan to degrade over time.

“Doctors also refused to attend outlying hospitals, denying people in rural regions access to essential health care,” he continued. He said that Pakistan’s healthcare system exclusively served the wealthy and that the gap between the rich and the poor had widened since the country’s founding.

He claimed that healthcare insurance was a “defining moment in Pakistan’s history” that will pave the country’s road to greatness, and that the state owed its security to its people.

“This is a healthcare system, not simply a health card,”

the premier remarked, adding that the health care plan will put pressure on government institutions to improve their standards.

“If they don’t, people will go to private hospitals, and government institutions would be unable to produce cash,” Imran continued.

The government, according to the prime minister, would also make it easier for private hospitals to expand into rural regions.

“In order to encourage private hospitals, we will supply land at low rates and reduce tariffs on medical equipment,”

he stated, adding that this is just the beginning and that education will be the next step.

Usman Buzdar, the province’s chief minister, said 56 hospitals had been enrolled to provide medical insurance in 36 districts. He stated that by March 31, the entire population of Punjab would be covered by medical insurance.