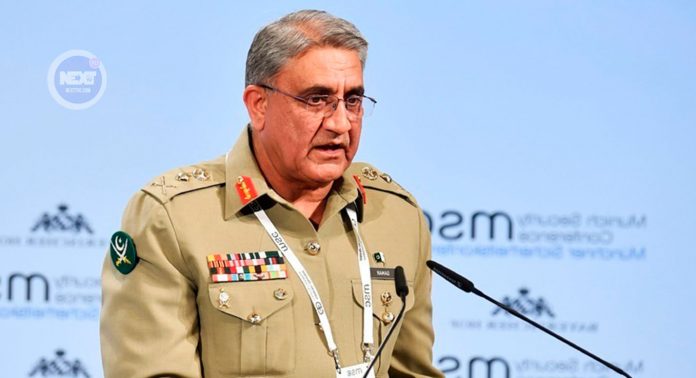 Chief of Army Staff (COAS) General Qamar Javed Bajwa had welcomed President Biden’s announcement of the withdrawal of US forces from Afghanistan by September 2021.

The COAS was given a detailed brief on ongoing and future projects of Fauji Foundation and a review of various set-ups working under it. The COAS appreciated the performance and commitment of Fauji Foundation towards the provision of quality services and assured of his full support in all future endeavors.

General Bajwa reiterated that a prosperous, stable and peaceful Afghanistan is in the best interest of Pakistan in particular and region in general. The COAS also hoped for greater Pak-US bilateral cooperation in all domains in future.

The COAS was talking to Mrs Angela Aggeler, US Charge d’ Affairs to Pakistan, who called on him at GHQ on Thursday. During the meeting, matters of mutual interest and overall regional security situation including recent developments in Afghan peace process were discussed in detail.

Visiting US diplomat appreciated Pakistan’s sincere efforts for bringing peace and stability in the region, especially the Afghan peace process and also assured of US continued assistance for the common cause of peace in Afghanistan.

The COAS was given a detailed brief on ongoing and future projects of Fauji Foundation and a review of various set-ups working under it. The COAS appreciated the performance and commitment of Fauji Foundation towards the provision of quality services and assured of his full support in all future endeavors.

During the visit, General Bajwa also inaugurated a 100-bed Hospital and Foundation University Institute (FUI) School of Nursing. Earlier on arrival, the COAS was received by Waqar Ahmed Malik, Managing Director & Chief Executive Officer of Fauji Foundation. Established in 1954, the Fauji Foundation contributed Rs1,350 billion to the national exchequer as taxes, duties, and levies only in the last 10 years.

The Foundation paid Rs175 billion in taxes to the government in the last fiscal year. The Fauji Foundation spent Rs79 billion in the education and health sectors in the last 10 years. Currently, the Foundation is running 133 educational institutions including colleges, schools, vocational and technical training centers.

In all nine million people, who make 4.5 percent of the country’s total population are benefiting from welfare and other projects of the foundation. They include both civilians and retired army personnel. According to data, 71 percent of employees of the Fauji Foundation are civilians and others retired army personnel. Managing Director Waqar Ahmed Malik himself is a civilian.

Meanwhile, General Bipin Rawat told a security conference Thursday that the worry was “disruptors” would step into the built created by the withdrawal of foreign troops from Afghanistan. He declined to name the countries that could act as spoilers. “Our concern is that the vacuum that will be created by the withdrawal of the United States and NATO should not create space for disruptors,” Rawat said.