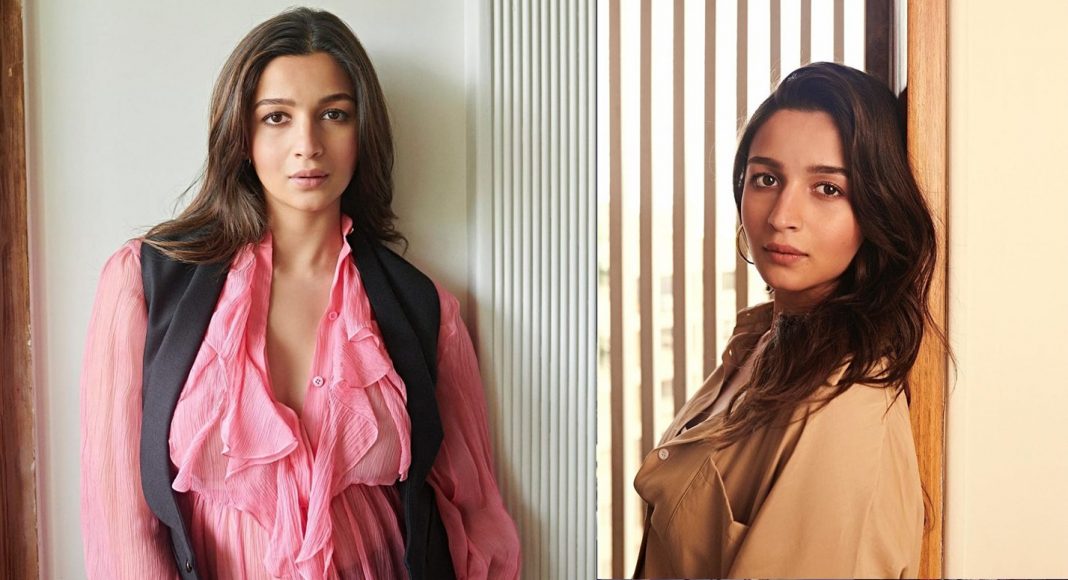 During the promotion of Brahmastra, pregnant Alia Bhatt wore a pink dress that made fans go “hot Mamacita.”

Pictures of Alia Bhatt, who is pregnant with Ranbir Kapoor's first child, have been making the rounds, and for good reason.

Alia Bhatt is a force that cannot be stopped. She is dishing some huge ‘lewks’ while promoting their forthcoming film Brahmastra, and she is expecting her first kid with Ranbir Kapoor. Promotions for the film have been in full gear in the final days before its debut, and Alia’s newest look has us completely captivated. The actress went all out for the Brahmastra premiere in Hyderabad. Anaita Shroff Adajania, a celebrity stylist, just posted an Instagram photo of Alia wearing a shocking pink ensemble, and we have to say that we are amazed.

New photos of expectant mother Alia Bhatt, wearing a patterned pink and gold dress, were posted to Instagram by stylist Anaita Shroff Adajania. She dressed it up even further by adding a similar jacket. Alia wore minimal makeup, with just a wave in her hair and a pair of gold hoop earrings. Fans were quick to gush over Alia’s appearance. Another person commented, “Alia has become a wonderful performer par excellence,” while a third user commented, “HOT MAMACITAAA.” Here, she is very radiant… Anaita, the Empress herself, was responsible for the fashion.

Alia Bhatt and Ranbir Kapoor were spotted at the Mumbai airport yesterday evening on their way to the Brahmastra pre-release event in Hyderabad. They both dressed casually; Alia wore a black dress with white floral prints, while Ranbir wore a blue t-shirt and trousers.

Brahmastra is a movie directed by Ayan Mukerji and starring a slew of well-known actors like Amitabh Bachchan, Mouni Roy, Nagarjuna, and others. This is the first film in which Alia and Ranbir have co-starred. According to reports, Shah Rukh Khan will also make a cameo appearance in the film, portraying the role of Vanar Astra. scheduled for release on September 9, 2022, in Hindi, Tamil, Telugu, Kannada, and Malayalam.

Sajjad Ahmed - March 10, 2019
Prime Minister Imran Khan has been listed as one of several potential candidates for the Nobel Peace Prize by the editorial board of a...