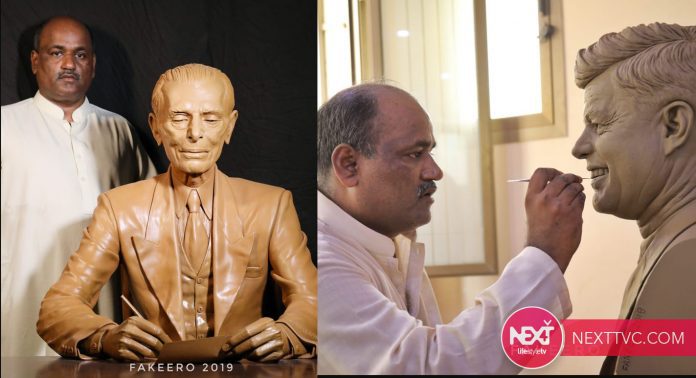 Fakeero made it to headlines on mainstream media channels (Pakistani) and was in limelight on social media when he came up with making flawless sculpture of Benazir Bhutto (The first-ever female Prime Minister of the Muslim World) but the journey doesn’t stop here, he came up with many other states of the art sculptures and statues like Mohammad Ali Jinnah (Founder of Pakistan), John F. Kennedy (POTUS), Abraham Lincon (POTUS) & different Hindu Gods using clay and plasticine. 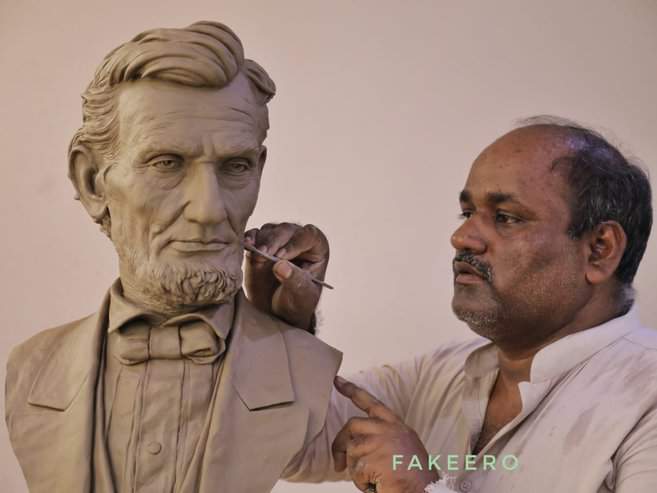 Belonging to the family Hindu sculptors who use to live in the Tando Ala Yar area in Sindh Province of Pakistan. His father and forefathers were making different Hindu Gods statues for their bread & butter. From the very beginning, Fakeero had a strong passion for the profession of his ancestors and in order to take his work to the next level, he left formal education after intermediate (12TH grade) and chose the profession of being an artist.

My family was having no other means to earn money for living so they perfected the art of making statues of Hindu Gods, but I was from the very beginning determined to make sculptures of people who had impact on human life whether they were Politian’s, singers or social reformers, Fakeero said to the NEXT TV. 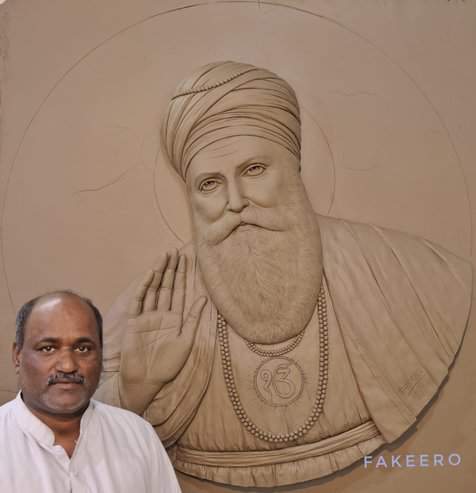 Fakeero Further said, my first creation was the sculpture of Allan Fakir (Sindhi folk singer) in the 1990s and after that, there was no stopping I started creating one after another and now I have over 350 sculptures and portraits.

I didn’t get proper education for sculptures and statues making its something which was and is in my blood but it doesn’t mean that I am against formal education of sculpture and statue making, Fakeero added.

Fakeero’s collection is ranging from sculptures of humans to animals, different portraits are also part of his gallery.

Fakeero Art
1 of 13
Share
Facebook
Twitter
WhatsApp
Email
Copy URL
Previous article
Pick Up the Pace: Walking More Quickly May Improve Your Health
Next article
Katrina Kaif and Vidya Balan in talks to star in a film together?
- Advertisement -
- Advertisement -

Katrina Kaif and Vicky Kaushal are a popular Bollywood couple. Since December 2021, their Instagram postings have established a couple's style. Vicky Kaushal and...
Entertainment