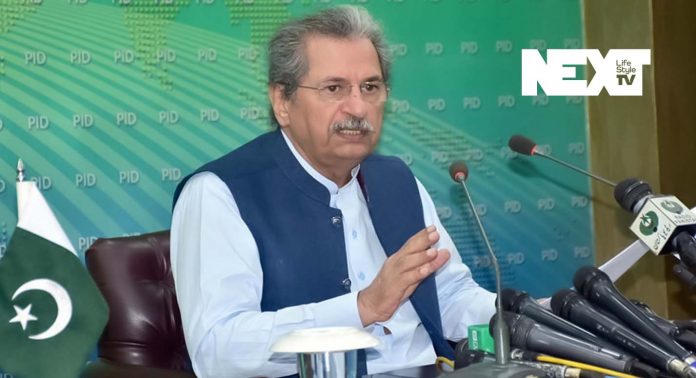 Following consultations with all the stakeholders, the federal government has decided to extend the academic winter holidays for another ten days.

This decision was made during the first inter-provincial meeting of the Ministers for Education of 2021 that was chaired by the Federal Minister for Education, Shafqat Mahmood, and convened via video conferencing to discuss the prospect of reopening schools from 11 January.

The meeting included a briefing by officials from the Ministry of Health on the COVID-19 situation across Pakistan, in light of which it was mutually decided to reopen the educational institutes in phases starting from 18 January onwards.

2/2 All higher education institutions/ universities will reopen on Feb 1. However online classes will start for them on Jan 11. Similarly all schools will reopen in January 11 for Administrators and teachers to prepare for arrival of students.

Secondary schools and colleges (grades 9, 10, 11, and 12), as well as O and A-Levels, will be reopened from 18 January in the first phase, followed by primary schools in both the public and private sectors from 25 January in the second phase. All the institutions will have 50 percent of their students attend on alternate days. Meanwhile, universities across the country will start on-campus classes from 1 February. However, online classes will resume on January 11th.

The Special Assistant to the Prime Minister (SAPM) on Health, Dr. Faisal Sultan, spoke with the media and emphasized the need to take more precautionary measures to curb the spread of COVID-19.

Citing data about the pandemic, the SAPM said that the previous closure of the educational institutes earlier had helped to decelerate the spread of the virus.

Prior to his press conference, Punjab’s Minister for Education, Murad Raas, also spoke to the media and made similar announcements. He said that all the educational institutes were to adhere to the COVID-19 protocols and those found in violations of the SOPs would be fined and sealed.

The Federal Minister for Education announced that examinations would not be canceled and that no student would be promoted without examinations this year.

He added that the board examinations would be conducted in May-June, the summer holidays would be shortened this year, and that the new academic session would commence in August.