First things first, Anees Bazmee has again used his formula from his well-oiled machinery of exaggerated drama. If you thinking that this comic caper is different from other comedy movies then nope, this one is also from the very same canon but this one provides more laughs. It is a potpourri of many Bollywood leave-your-brain-at-home comedy-movies with three writers Anees Bazmee, Rajiv Kaul and Praful Parekh throwing in too many aspects right from old school slapstick, action, emotional and patriotism too, yes, you read it right! This is not all it also involves lion, flying and crashing of expensive cars and lots of stupidness. There are some gags that deserve some laughs otherwise it is tiresome over a two-hour long movie.

Pagalpanti is the story of three guys, Raj Kishore, Chandrakant and Junky who live in the UK (Yes, just like many others including the last comedy movie). The movie opens with Arshad and Pulkit Samrat’s characters Junky and Chandrakant opening a firecracker shop in the market with the help of John Abraham’s character Raj Kishore. This makes later establish the fact that John is a bad luck magnet who keep ruining businesses he opens. After cracker business, he again starts a new firm with the help of Ileana and her gullible mama’s money. Hired by dons Wifi (Anil Kapoor) and Raja (Saurabh Shukla), Raj, Chandu and Junky create more confusion and money mafia ensues, bringing in more dons in the storyline. The movie ends on the desh bhakti note which may leave your head scratching thinking how the gears of the storyline changed conveniently forgetting the main essence.

Coming to the performances, without any doubt Arshad Warsi steals the show with his perfectly timed comic punches. He is the only saving grace. There are many brilliant scenes revolving around Saurabh Shukla and Anil Kapoor which led to snorts of laughter in the theater, while John Abraham, Pulkit, Ileana and Kriti are good in parts. The second half of the movie belongs to the character called Niraj Modi (of course, modelled after fugitive businessman Nirav Modi). Inaamulhaq, who played the role Niraj, led the way with his earnest performance. There are some funny scenes in the movie, however, the makers have digressed a lot and that’s why there was a lack of humour in many parts of the movie which may make you reach out for your phone and may make you go back to you daily humdrum to avoid onscreen’s boring scenes.

The major setbacks of the movie are its length, unwanted songs which have no scope in the storyline & unrealistic scenes and overacting by many actors. The plot, as mentioned, is clumsy and half-baked. Another major downer was bad computer graphics. On the whole, the movie is a brainless comic caper with its share of funny moments. If you are looking for some escapism, then this movie might be for you. 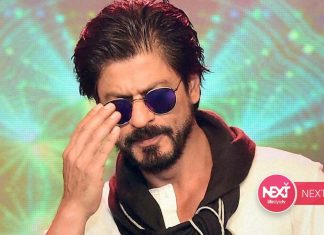