The Sindh home department has conducted authorities to keep three leaders under arrest for 30 days. The three were accused of closing roads during religiopolitical party protests in Karachi. 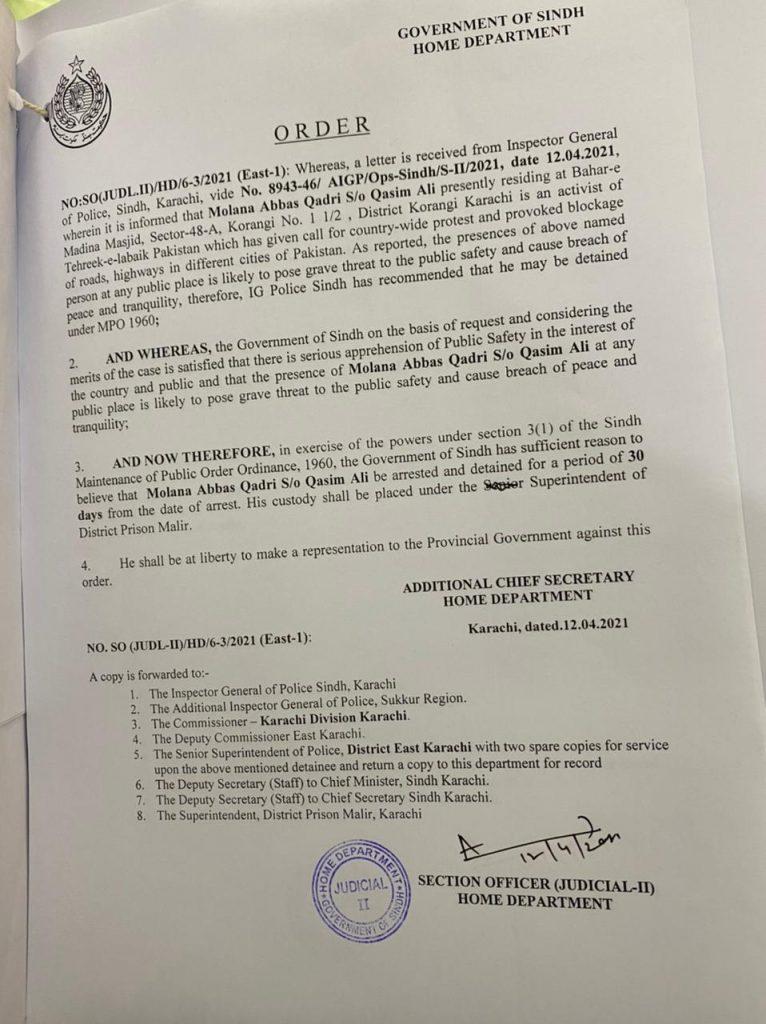 The provincial home department also directed to prepare a list of other local TLP leaders accused of breaking the law and arrest them.

The minister, while addressing a press conference, announced that keeping in view the party’s recent activities including abduction of policemen and destroying of public property has led the federal government to ban TLP under Anti-Terrorism Act 1997, (11) B.

The minister maintained that at least two police officers embraced martyrdom while 340 others were injured during the recent protests by TLP while the party’s workers also tried to take a number of policemen hostage to force the govt to accept their demands.