PCB Saleem Yousaf, the new head of the committee inquire into the Recent team’s performance and coaching staff. In the Recent PCB Cricket Committee Meeting, Misbah and Waqar were clearly told that the upcoming home matches against South Africa will be their last & Only chance to put Pakistan team on the winning track and Gain back their Reputation.

To be Cleared the Pakistan Cricket Board (PCB) has rejected all reports Regarding that national cricket team head coach Misbah-ul-Haq will be sacked before the South Africa Series, and Further Asked the Coaches to Explain the Poor Performance in third consecutive loss that the green shirts faced during the past 14 months. 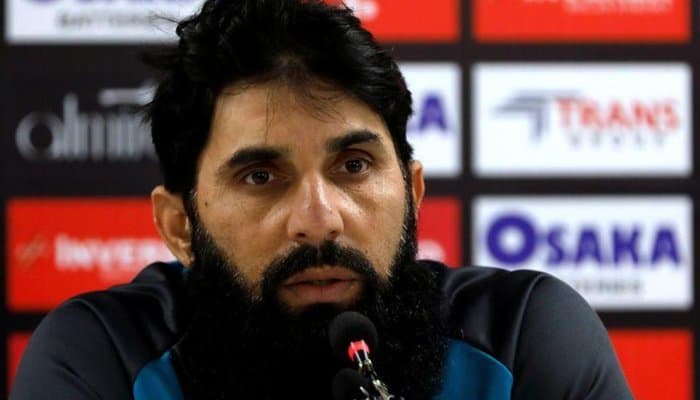 PCB Wants to avoid pressing the panic button ahead of the home series against South Africa despite criticism over the team’s performance and coaching staff. According to sources, the PCB has lost faith in Head Coach Misbahul Haq and Bowling Coach Waqar Younis after a drastic dip in the team’s performance during their tenures.

The key agendas Nowadays would be to assess the performances of Misbah and Younis, who have both been under scrutiny for the team’s poor results lately.

Batting coach Younis Khan, however, has been exempted. While the PCB had indicated after the New Zealand tour that there may be a shake-up in the coaching staff, the board’s chief executive Wasim Khan only confirmed a “transparent review” was in order.

The PCB’s cricket committee will meet on Tuesday to review Pakistan’s 2020-21 season, including the team’s performance in the recent series against New Zealand where Pakistan lost the Tests 2-0 and T20Is 2-1.

“Committees will recommend whatever it is, good or bad, and after that Ehsan Mani will assess and take a final decision,” Wasim said. “At the moment, we can’t speculate and there should be a transparent evaluation of the performance. We will do the review of the whole season, starting from England series. There will be debate and there will be questions, but it doesn’t mean there will be definitely some changes.

“Speculations are always there whenever we lose and new names (to replace the present) come up. It is disrespectful to Waqar and Misbah and nothing has changed as yet but their performances will be reviewed.”

Means the duo Could be Removed Immediately if Pakistan loses the series against South Africa.

on the Other hand Misbah-ul-Haq hold responsible Muhammad Amir, Saying that Mohammad Amir Retirement from international cricket. “made up” all of this circumstances Worst.

In a Recent Interview on Media Mohammad Amir said that “enough is enough” in December, citing “mental torture” in his decision to quit international cricket, but Misbah said on Monday that Amir’s claims had blown the situation “out of proportion”.

Instead, he said that Amir had not been an automatic selection and suggested that he should have gone back to domestic cricket to prove his form.

Most Recently Saleem Yousaf, PCB New head of the committee, is the fourth incumbent in 26 months.

“There should be some continuity and security in contracts. We do give contracts in good faith and this cricket committee meeting will not necessarily recommend a change. This is purely a review and assessment of the cricket we have played so far”Wasim Khan

The role of the committee broadly encompasses cricketing affairs, both domestically as well as internationally, but they aren’t allowed to interfere in day-to-day selection matters. While the committee has not been given any decision-making powers, they have been handed a wide remit. The committee meets three times a year; the upcoming meeting is the first of 2021.

Ever since Misbah took charge of the team, the PCB has taken several bold decisions, such as removing Sarfaraz Ahmed as captain and dropping him from all three formats. Soon after, Azhar Ali was made the Test captain while Babar Azam was chosen to lead the team in the limited-overs formats. However, after the England series last year, Ali was also stripped off the captaincy, with the role handed to Azam.

Last October, Misbah stepped down as Pakistan’s chief selector, but agreed to continue as head coach till 2022.

The meeting will be chaired by Yousaf, while other members Umar Gul, Urooj Mumtaz and Wasim Akram will join via video. The PCB said the committee’s recommendations would be announced in due course.

The committee also questioned Pakistan team selection and final playing XI, while also urging Misbah and Waqar to improve their communication with the players in order to achieve the desired results.