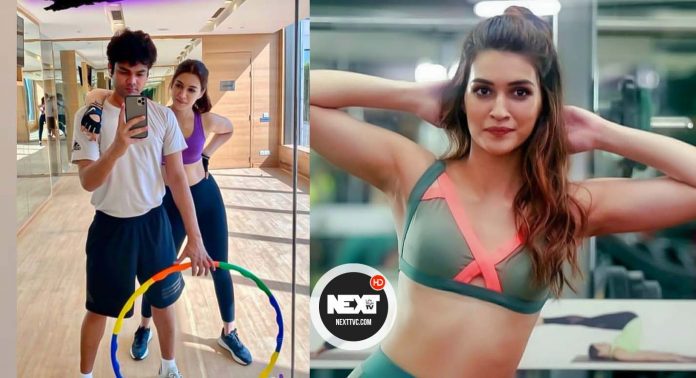 Actress Kriti Sanon has been on a mission lately to drop the weight she gained for her role in the upcoming film, Mimi. The actress has been working out at home amid the ongoing pandemic and recently, she headed out of the city to Chandigarh to kick off her next. However, it looks like Kriti is still focusing on her workout sessions and this time, with a new kind of exercise. Recently, Kriti shared a mirror selfie where she was seen holding a hula hoop in her hand. Well, the actress kicked off a session with it and also shared her reaction on trying it.

Taking to her Instagram story, Kriti reshared a photo she was tagged in by her stylist. In the photo, one could see Kriti posing in front of the mirror with her stylist. She could be seen posing with a hula hoop as she geared up for a session with it. The star’s stylist wrote, “It’s hula hoop lesson time for @kritisanon.” Sharing the photo on her own story, Kriti replied that she felt that she was pathetic at it. 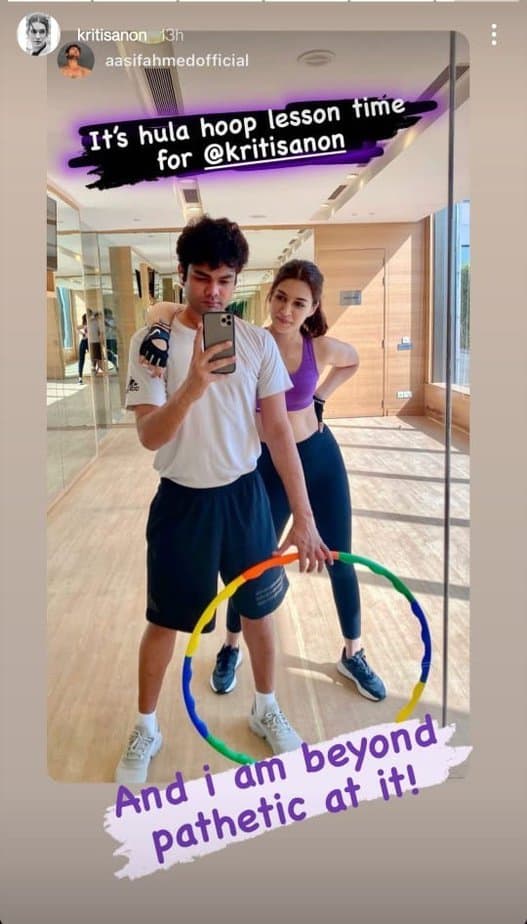 Kriti wrote, “And I am beyond pathetic at it.” Well, whatever be the case, fans are loving it as the actress has been sharing glimpses of her workout regimen on her social media.

Meanwhile, on the work front, Kriti was last seen in Panipat with arjun kapoor Now, she will be seen in Mimi which also stars Pankaj Tripathi, Supriya Pathak, Sai Tamhankar and Manoj Pahwa. The film is helmed by Laxman Utekar and produced by Dinesh Vijan. Apart from this, she also has a film lined up with Rajkummar Rao that is helmed by Dinesh Vijan. For the shoot of the same, the two actors have headed to Chandigarh.