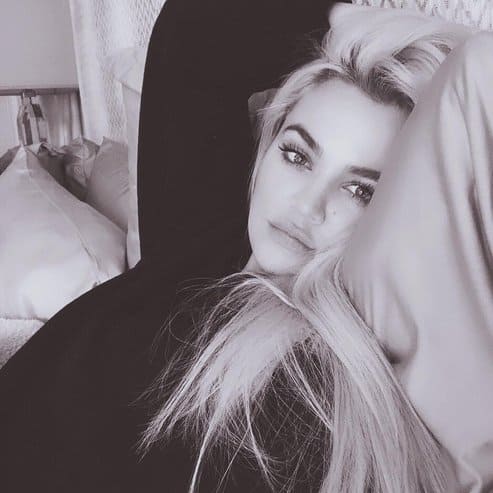 What kind of optical illusion is this? People were confused for a second as to which of the Kardashian-Jenner sisters they were looking at! Khloe took to social media to share a new pic in which she resembled her younger half-sister, Kylie Jenner perfectly, and users were quick to point out how much they look alike.

She posted this picture while lounging in bed, and commenters literally thought it was her younger sister.

“Damn I thought this was Kylie,” one person wrote. Another said, “You and Kylie be twinning,” and another straight-up asked, “This ain’t Kylie?”

For reference, here’s a pic of blonde Kylie, and yeah, they do look scarily similar.

It makes sense since they are related but this new snap actually made people second guess who they were seeing!

Was it the bleached hard that made Khloe resemble Kylie? Or perhaps her full lips and nude makeup?

Here’s a (slightly janky) side-by-side for the sake of comparison.