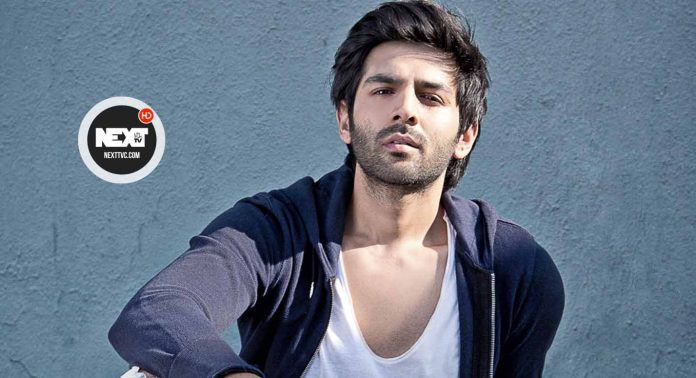 Kartik Aaryan is teaming up with Neerja Director, Ram Madhvani for the first time on a thriller. The film is reportedly a Hindi remake of the 2013 South Korean movie The Terror Live and Kartik will essay the role of a journalist.

Kartik Aaryan shared the first look of his film and announced the title Dhamaka. In the first look, the actor is seen sporting long hair, dressed in a suit, looking outside the window as the bridge is burning. “Aaj mera Birthday hai #DHAMAKA hona chahiye,” he captioned the motion poster.

“It’s a subject that Kartik loved in the first narration and instantly allotted his dates to Madhvani. It’s a different space for Kartik, who so far is synonymous with rom-coms, and he is all charged up to embark on this new journey. The film is a nail-biting thriller, inspired by a Korean classic, however, the details have been kept under wraps,”

the film will go on the floors in December for a quick marathon schedule of 45 to 50 days, thereby calling it a wrap. “In-fact, it will be ready before his already on floors films like Bhool Bhulaiyaa 2 and Dostana 2. It will most probably release during summer 2021,” the source further told.

Based completely in Mumbai, the film will be produced by Ronnie Screwvala’s RSVP and Ram Madhvani Films (with Co-Producer Amita Madhvani). Ronnie shares, “I am thrilled to collaborate with Ram and Kartik and nothing better than this particular subject for us to come together for the first time. When Ram came to me with the script, I knew that I couldn’t miss out on this one, and we got a similar reaction when we narrated the script to Kartik as well.”

Kartik Aaryan is excited to step into the thriller zone and team up with Ram Madhvani to play a journalist who covers the live broadcast of a terror attack in Mumbai. “This for me is a miracle script and had me on the edge of my seat all through the narration. I knew this is the script that would give me the opportunity to explore a different side of me as an actor. I can’t wait to transport myself to Ram sir’s world and see his vision translate on the big screen. This is also the first time I am collaborating with Ronnie and RSVP, and I am looking forward to this journey ” says Kartik Aaryan.