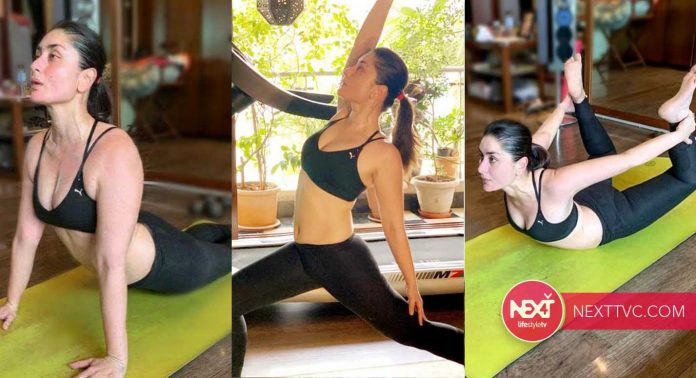 Bollywood actor Kareena Kapoor Khan joined the celebrations of the International Yoga Day by sharing pictures of her daily routine. The actress, who performs Yoga on a daily basis, revealed the secret behind her fitness.

In the pictures shared on Instagram, Kareena is seen performing asanas and encouraged fans to do Yoga for healthy living. “More stretching, less stressing. Stay flexible, stay fit and stay fab! . @mcmary.kom @rahulkl and @duteechand, it’s your turn to #StretchLikeACat with @pumaindia.

The International Day of Yoga has been celebrated annually on 21 June since 2015, following its inception in the United Nations General Assembly in 2014. Yoga is a physical, mental and spiritual practice which originated in India.

On the work front, Kareena Kapoor Khan will be next starring in Laal Singh Chaddha alongside Aamir Khan. The film is an Indian remake of Hollywood film, Forrest Gump.