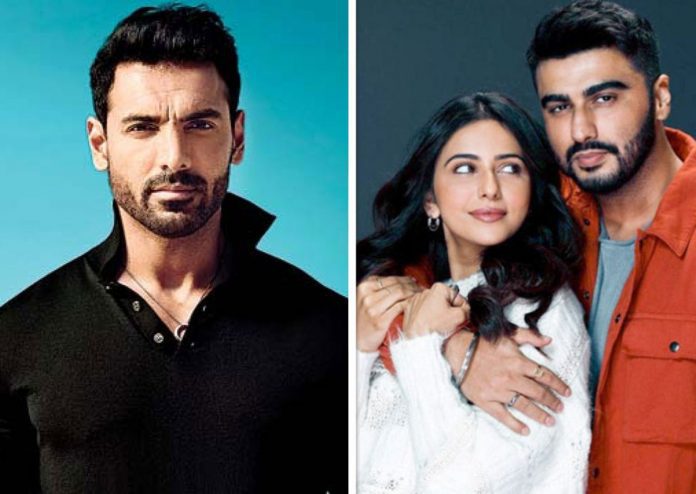 Arjun Kapoor and Rakul Preet Singh have already started shooting for their cross-border love story almost a month ago. The film’s announcement took their fans by surprise and since this is the first time that the two will be seen together on-screen, they are very excited to work together. The Nikkhil Advani and John Abraham co-produced film is being directed by Kaashvie Nair.

There are reports of John Abraham playing a cameo in the film. Even though the film revolves around Arjun Kapoor and Rakul Preet Singh’s characters, Neena Gupta and Kumud Mishra play pivotal roles in the film. Friend and co-producer Nikkhil asked John to play the role of young Kumud Mishra in a flashback scene and the Attack actor was happy to oblige.