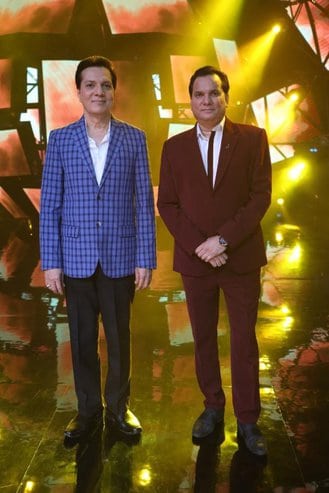 Indian Idol has been creating waves ever since the 11th season launched. Whether it is for the amazing singing talent of the contestants, the fun banter of host Aditya Narayan and judge Neha Kakar, or the renowned faces that grace the show, this season is a complete hit. Just like every episode, the latest episode also, we’re going to see some special faces from the industry.

And it is none other than the super-hit musical jodi, Jatin Pandit and Lalit Pandit. Yes, the duo, who have give us some amazing songs reunited after 13 long years on the sets of Indian Idol 11. 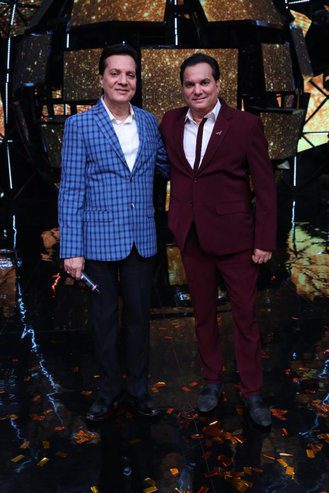 The brothers embraced each other and shared some special memories that they have created together in their journey. They revealed that they last worked together in Aamir Khan starrer Fanna, but later did not collaborate owing to some differences.

When host Aditya Narayan and judges Vishal Dadlani and Neha Kakar quipped if they would ever collaborate again as people miss their magical duet, the duo embraced each other and smile. Reminiscing the good old days, they also sang a melodious song. Showing repect and love, Lalit also touched Jatin’s feet and sort out all the differences.

Praising Jatin, Lalit said that he misses him a lot and when their group is together, they always talk about his wit and humour. He also mentioned that just like the old days, they may collaborate again, if things work out well between them.

Further he said that, he has lots of respect and love for his elder brother Jatin. Responding to Lalit’s sweet guester, Jatin said that if they ever come together again, they will have to maintain a mark just like they did earlier. He also praised his skills and said that his passion for composing music has made him stick to him for years.

Jatin and Lalit’s sons were also present on the show, and Neha asked their sons to convince their fathers to come back together again. The Indian Idol 11, Jatin-Lalit special episode will air on Saturday and Sunday this week.