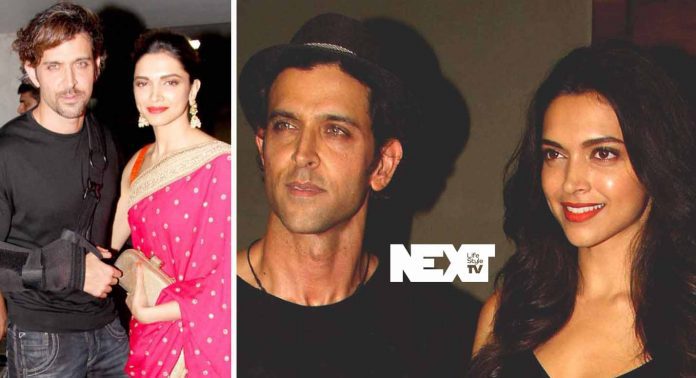 Filmmaker Siddharth Anand and Hrithik Roshan’s collaboration in the past with films like Bang Bang and War have proven to be a hit. the duo is all set for a hat-trick with their next titled Fighter. Today, on Hrithik Roshan’s birthday, the makers have made an official announcement of the film. Joining the team will be none other than Bollywood beauty Deepika Padukone. This is the first time that Deepika and Hrithik will be sharing the screen space.

Taking to Twitter on his birthday, Hrithik Roshan shared the announcement video along with the release date, September 30, 2022.

“Presenting a glimpse of the MARFLIX vision as #Fighter! Looking forward to my first flight alongside the exceptional @deepikapadukone. All buckled up for this #SiddharthAnand joyride.”

Presenting a glimpse of the MARFLIX vision as #Fighter! Looking forward to my first flight alongside the exceptional @deepikapadukone. All buckled up for this #SiddharthAnand joyride. pic.twitter.com/gaqv53xbO9

Hrithik’s emotional note for director Siddharth read, “It is an honour for me as an actor to introduce & be a part of Mamta & Sid Anand’s FIRST PRODUCTION #Fighter for MARFLIX! This one is special as it deepens my association with a director and friend whose journey I have witnessed from being an AD on my sets to directing me in Bang Bang & War. And now as he turns producer for FIGHTER, I can’t seem to contain my excitement. This one is pure adrenaline for the heart and mind.

So here goes! BOOM. Thank you Sid, for believing in me & making me your co-passenger yet again. Here’s to your journey towards the sky ????.”

Deepika Padukone seems to be on a film signing spree with another big film added to her kitty. The actress took to her social media sharing the asset and her caption read as, “Dreams really do come true…????.”

Siddharth Anand shares, “This is definitely one of the most exciting moments of my life to bring together two of my favourite stars, Hrithik and Deepika, for the first time to the Indian and global audience. I am thrilled to begin the journey of Marflix, a production house dedicated to action film making in India.

I start this journey of Marflix along with my life partner Mamta Anand. Starting Marflix with Hrithik is special as he is someone who has seen me even working as an AD, then as a director on two films and now I am not just his director but I’m also starting my production house with him.”

He further adds, “Our vision for Marflix is to create the action film production house of India. If you think of action films in India, you should think Marflix. That’s our endeavour and we will work hard to get there. Still early days, but the journey has begun.

However, fans of the stars will have to wait for a little for the film. Siddharth Anand is currently busy with Shah Rukh Khan’s upcoming film Pathan along with Deepika Padukone and John Abraham. Deepika, on the other hand, is currently filming for Pathan and Shakun Batra’s untitled next.

According to a source, Siddharth and his team of writers developed a screenplay of Fighter in the lockdown under the supervision of Hrithik. “Siddharth had narrated this idea of making a big scale action thriller against the backdrop of “FIGHTER JETS” while shooting for War, and Hrithik had loved the basic premise back then.

With free time in lockdown, Siddharth worked on developing it further and narrated it to Hrithik recently, who is all charged up to explore this space. If you were bowled over Hrithik’s presentation in War, be assured, it’s Hrithik in a never seen before larger than life avatar here in this aerial action thriller,” the source further told us.