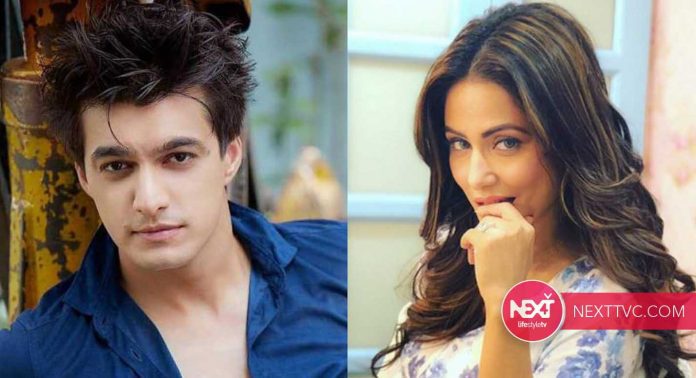 Hina Khan is an inspiration for many. She is bold, beautiful, and headstrong. The actress began her acting journey as Akshara with Yeh Rishta Kya Kehlata Hai. With her acting chops and performance, Hina became a household name. She played the character for over six years before she bid adieu to the show. After YRKKH, Hina decided to explore and experiment as she paved her way towards reality shows, Bollywood, and the OTT platform.

Apart from her talent, Hina is known for her versatility and strong personality. She is someone who does not mince her words and keeps her opinions straight. In a recent chat with the Times of India, Hina opened up about ‘breaking the barriers’ as an actor. The actress recently made head turns in a music video titled ‘Humko Tum Mil Gaye’ opposite Dheeraj Dhoopar. Interestingly, Hina and Dheeraj played enemies in Naagin 5, after which they did a romantic song together.

In the candid conversation, Hina revealed that she has no qualms in romancing Mohsin Khan (Kartik) onscreen, who played her reel-life son-in-law in Yeh Rishta Kya Kehalata Hai. In fact, she also wouldn’t mind doing a romantic project with Rohan Mehra, who was seen as her son Naksh in YRKKH.

The beautiful actress shared that she is making an effort to break the barriers. And, that is why she and Dheeraj were cast together in the emotionally romantic music video. Hina revealed that the makers of Humko Tum Mil Gaye loved their love-hate relationship in Naagin 5. She reiterated that she gave a nod to the song within a few seconds, as she felt that it was a chance to set an example and break the barriers. ‘No matter what characters you played in your last project if you look good on-screen you should do the project,’ stated Hina.

The actress thinks that at the end of the day, they are actors and she feels nobody will question us. ‘If we perform and our chemistry is visible, nobody is going to question us and it’s high time we should break these stereotypes,’ Hina stated.