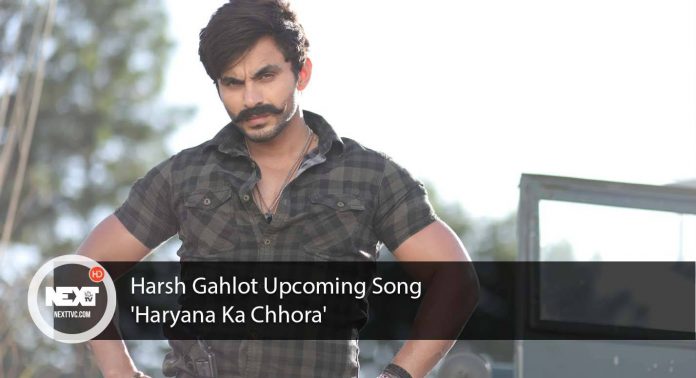 Harsh Gahlot, born on 26th March, is an upcoming actor who has already set the Haryanvi Industry on fire, and there is no stopping for him.

He belongs to a middle-class family and is new to the industry. Also As a child, he did not get any exposure to acting as his father was in a private job, a different industry.

I just studied to get passed due to my parents’ pressure. I watched films and songs for hours, and at a very young age, I understood that it was my calling’.

He recently completed his master’s degree from Birmingham, UK. Since childhood, he was very clear about what he wanted to do and decided to return to India after completing his education. He wanted to become a prominent name in the Haryanvi Industry. It was in 2019, two years back, when Harsh Gahlot had debuted in the industry and has been featured in almost 86 music videos.

Harsh Gahlot is both a singer and rapper and, over the years, has built a strong fan following for himself. 126,766 people follow his Facebook page & 44,124 people like it. On Instagram, also he enjoys a massive following of 175+ with a great reach. This very month, Facebook verified the actor-singer’s page due to the notable work he has done.

His few recent popular songs include RX100, Hathyaar, Yaar Nakhro, Surname Ki Dhar, all constitute a part of the Haryanvi industry. Within this month in March, he had released two songs – Dimple & Pistol.

The new song of Harsh Gahlot, ‘Haryana Ka Chhora’ is all set to burn the screens in the month of June. In the video, he will showcase his fit body, and he will be winning hearts through his heartthrob looks.

Harsh Gehlot, since the beginning post his launch, has been known for his stunning avatars. Although he is always the center of attraction, he is known for having a down-to-earth and simple nature.

In this latest song ‘Haryana Ka Chhora’ he will be seen showing his cool look. His last song RX 100 was a blockbuster and went totally viral.