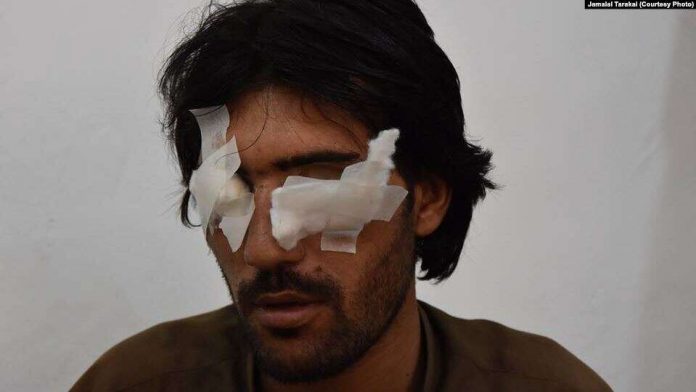 Abdul Baqi was blinded with a spoon by his own father and brothers at their home in southwestern Pakistan because he insisted on marrying a young woman that he’d fallen in love with.

“I can survive without my eyesight, but I can’t live without love,” Baqi recently told RFE/RL as he reflected on the terrible trauma he suffered at the hands of his relatives in May 2018.

“Now I am like a fish out of water,” says Baqi, 26, an ethnic Pashtun from the town of Loralai in the northeastern part of Balochistan Province.

Baqi’s horrific tale illustrates that women are not the only victims in Pakistan of so-called “honor crimes” — a scourge of violence that has included acid attacks, blinding, and murder by relatives of victims accused of dishonoring their families.

Baqi says he was attacked after his 73-year-old father, Dost Mohammad, learned about his intention to marry the woman he loves. He says his father refused to consent to the marriage because the couple had gotten to know each other by speaking on the telephone during the previous three years.

According to conservative traditions in the region, a so-called “love marriage” is rare. Weddings are usually arranged by relatives and young women are not allowed to meet or speak with strangers. 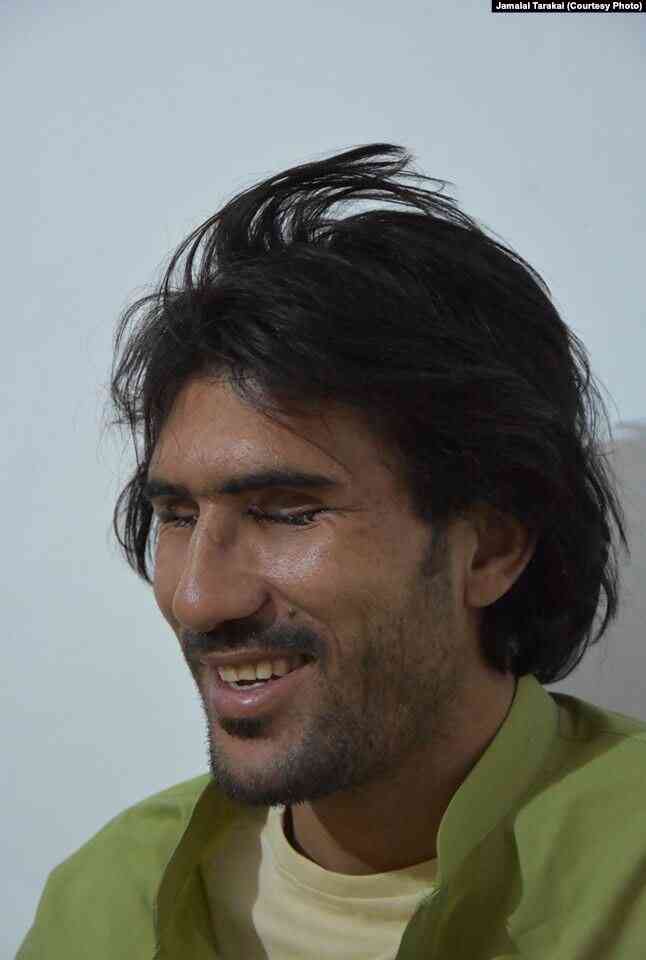 Baqi’s father considered the woman to be “immoral” and unfit for marriage because of the long, secret telephone courtship.

Baqi says four of his brothers who have ties to the Taliban bound him, beat him with batons, and held him down as they used the handle of a spoon to gouge out both of his eyes.

He says one younger brother, who was 18 at the time and had just returned from fighting as a Taliban militant in Afghanistan, held his head down with his foot and declared he was an “infidel” because his relationship with the woman was “un-Islamic.”

“The entire time that they were taking out my eyes, he was shouting ‘Allahu Akbar! Allahu Akbar!’ over and over again,” Baqi says.

Life had been difficult for Baqi even before he lost his eyes.

Access to education beyond the fifth grade is a major issue for both boys and girls in Loralai, where 89 percent of government schools teach only up to that level.

Pakistan’s District Education Rankings for 2017 lists Loralai as 137th out 155 districts for the quality of its middle schools.

With eight brothers and six sisters, his family could not afford to send him to middle school. Thus, when Baqi finished fifth grade at the age of 11, his father tried to enroll him in a madrasah to receive a free religious education like three of his brothers.

But Baqi refused, convincing his father he could better help the family by working as a cleaner and doing odd jobs to bolster the earnings of an older brother who worked as a coal miner.

It was 10 years later, when Baqi was 21 years old, that one of his friends gave him the telephone number of a close relative — the woman he would fall in love with — and suggested they would make a good couple. She was 20 when Baqi gave her the first of what would be many calls as their telephone courtship blossomed.

Baqi won’t give out her name. He says her immediate family knows how he was blinded by his father and brothers. But naming her publicly could expose her to additional pressure, including the threat of an “honor killing” by other relatives or a possible attack by Islamic extremists.

After three years of phone conversations, Baqi says he and the woman agreed to secretly meet each other so that they could speak together face-to-face.

That bold step, considered strictly taboo by Baqi’s family, was the first and only time he ever saw her. He says he knew right away that he was in love with her.

So, unbeknownst to his own family, Baqi approached the woman’s mother and father in the spring of 2018 to ask them for their daughter’s hand in marriage.

He says everything went smoothly and her family agreed to the wedding. But he says trouble started when her parents visited his home in Loralai to formally announce they’d agreed to his marriage proposal.

That was when Baqi’s father learned about his son’s secret telephone affair.

The next day, after the girl’s family had returned to their home, Baqi says he was confronted by his father and Islamist brothers. “I clearly told them I will not back away from this girl and our relationship,” Baqi says. “I told them that I love this girl and that nothing will stop me from marrying her.”

“My father asked my brothers whether they agreed to let me marry a girl for love,” Baqi explains.

Baqi says his eldest brother, an unemployed madrasah graduate with ties to the Taliban, was the first to object. “Then a second refused and then they all refused,” Baqi says.

After that, Baqi says his mother and sisters were locked in another room while his brothers tied his arms and legs together with a rope and his father and a brother removed his eyes. “After he took out one of my eyes, I screamed, ‘Please don’t take my other eye.’ But he didn’t listen,” Baqi says.

“When they had removed my eyes, they left me tied up in the ropes and put me in a rickshaw,” Baqi says. “They said they were going to take me into the mountains nearby to slaughter me.”

“I asked them to please, at least, untie me,” Baqi said. “One of my brothers kicked me in my mouth and said, ‘We are going to kill you and you are asking us to untie you?'”

Then, Baqi said, they changed their minds. “I don’t know why, but instead of killing me they took me to a hospital in Loralai,” he says.

“There was a police officer at the hospital who asked what happened to me, and my father said, ‘He did this to himself,'” Baqi explains. “But I shouted out at my father, ‘You are lying!’ So the police arrested my father and two of my brothers.”

The next day, Baqi was transferred to a hospital in Quetta where he tried to telephone his fiance. “I tried to call her in the morning but her phone was switched off,” Baqi says. “In the afternoon, she returned my call and I told her what had been done to me. She was in shock and broke down crying.”

But Baqi says the young woman vowed that she would still marry him and that her parents agreed to allow the marriage to go ahead without any dowry.

No ‘Blood Money,’ No Bride

Meanwhile, photographs of Baqi’s injuries and the horrid details of what had happened began to circulate on Facebook — infuriating people across Pakistan.

When Baqi was released from the hospital, he moved into the home of a Quetta-based charity worker named Jamal Tarakai who learned about his case from social media.

Baqi’s father and two brothers remained in police custody for nearly a year pending trial on charges under “honor crime” laws in Pakistan.

On April 10, 2019, Baqi submitted to court an agreement he had reached with his father under Pakistan’s Islamic “blood money” laws. In exchange for Baqi’s forgiveness, his father promised to let the “love marriage” go ahead. He also promised to provide Baqi with a private house of his own to live in and to pay Baqi $200 per month in financial support.

The court released Baqi’s father and brothers under the deal and all charges against them were dropped. But Tarakai, who continues to host Baqi at his home in Quetta, says the father still has not kept his side of the deal by providing a house and financial support.

And Baqi says his fiance has come under increased pressure from her relatives over their telephone romance since he was blinded. Her relatives confiscated her telephone to prevent them from continuing to speak with each other.

Baqi bought her a new telephone three times and had them delivered by a trustworthy contact. But all of the phones were also eventually confiscated by her relatives.

Baqi says the last time they spoke was in October, when they agreed it was best to refrain from contacting each other until there is less pressure on her from her relatives.