While speaking on a YouTube Channel, Asif claimed that none of the selectors or coaches have any input in the selection of the Pakistan cricket team, rather it Looks like it is handpicked by Senator Faisal Javed who is a close aide of Prime Minister Imran Khan. Pointing PTI GOV to be blamed Responsible. 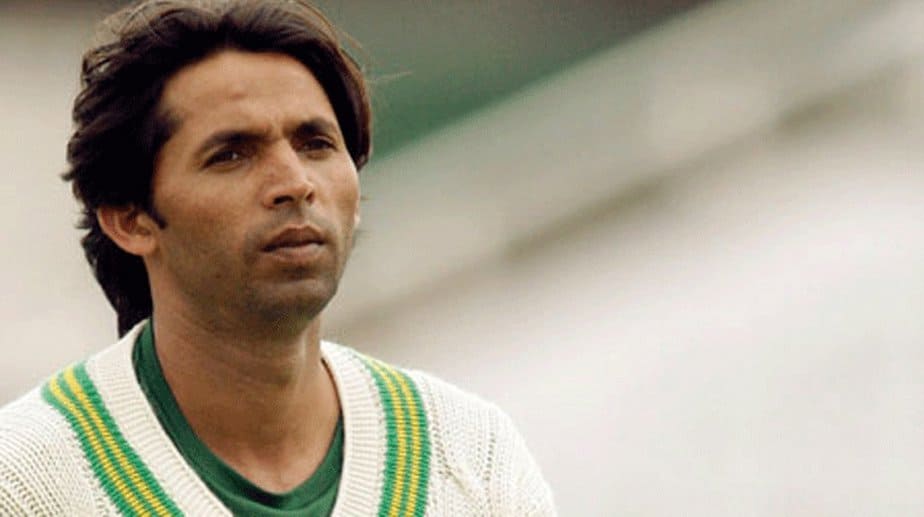 Pakistani fast bowler Mohammad Asif has lashed out at the current Pakistani bowling attack, accusing them of lying about their ages in real life.

In an interview to wicket-keeper batsman Kamran Akmal for his YouTube channel, the right-arm pacer said that Pakistani bowlers did not reveal their true ages in official documents.

“They [current Pakistan bowlers] are so aged. It is written as 17-18 years on paper, but They don’t have the flexibility to bowl 20-25 overs. ,” Misbah, Waqar, and Younus were good batsman but i Doubt as coaches.

He lashed out at the Pakistani bowlers of today, referring to them as ‘kids’ who, according to Asif, did not have any knowledge on how to bowl spells and use the pitch to their advantage.

“They don’t know how to keep the batsmen on the front foot, not give them a single and how to bowl on the wickets,” said Asif, adding that when Pakistani bowlers try to bowl at the wickets they end up bowling to the batsmen’s leg side.

They don’t know how to bend the body and they become stiff after a while. They are not able to stand on the field after bowling a 5-6 over spell. said Mohammad Asif.

“They do not have the control,” he added.

During the conversation, Asif recalled the golden era of Pakistan cricket when the green shirts’ pace attack consisted of the legendary Imran Khan, Wasim Akram and Waqar Younis.

Before he was embroiled in the controversial spot-fixing scandal with Mohammad Amir and Salman Butt, the right-arm medium fast bowler had formed a deadly opening duo with former speedster Shoaib Akhtar.

Expressing disappointment at the Pakistani bowlers’ performance in New Zealand, Asif said that he used to ‘salivate’ after seeing the pitches in New Zealand.

“There was no question of leaving the ball as a fast bowler. I never used to leave the ball before taking a five-wicket haul,” he said.

The ‘magician’ fast-bowler said that coaching is a science, which our coaches are unaware of. He claimed that Misbah and Waqar duo will fail after the next couple of series and the coaching setup will be changed again.

Meanwhile, Senator Faisal Javed has rubbished Asif’s claim, saying he has no idea why Asif leveled such allegations against him.

These allegations are absolutely baseless. I have no interaction with Misbah or any other official of the board. Whatever decision they take is their own and they are responsible for it. Our government has empowered the board completely and do not meddle in their business.

He maintained that Misbah is the most empowered PCB official, and responsible for the selection and everything that follows.

Javed noted that he has been doing cricket commentary for 15 years, and offers his suggestions and advice to the board on social media and radio just like any other cricket aficionado.

” Interestingly, the board always does the opposite. ”

He said Asif’s comments were as shocking for him as for anybody else and said he has no knowledge of why the fast-bowler made such allegations.