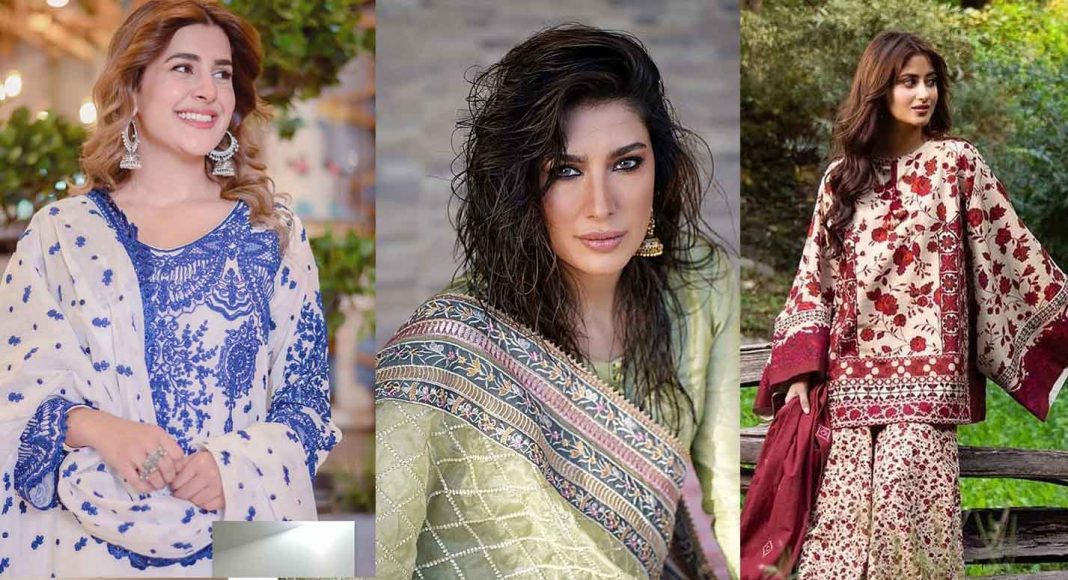 “Enough is enough”: Kubra, Sajal, and Mehwish Hayat will not stand by while their reputations are smeared.

After Adil Raja said that several actresses were "used" by former high-level officials, the actresses and other artists involved released statements.

An actor named Sajal Aly tweeted something on Monday that baffled some of her followers. Many people took the aforementioned tweet to be an unfiltered expression of the author’s feelings about the misogyny that some female celebrities face. Our country is becoming morally debased and ugly, the Mom star said, and it’s sad to see it happen. “Murdering someone’s good name is the lowest form of human and sinful behavior.”

Soon after Sajal’s message, actor Kubra Khan sent a message in which she said similar things, but the Sang-e-Mar-Mar star was much more forceful in making her point.

It is very sad that our country is becoming morally debased and ugly; character assassination is the worst form of humanity and sin.

“I remained silent at first because obviously, a fake video is not going to take over my existence, but enough is enough!” she exclaimed. Her public rebuke prompted numerous people to investigate the situation further, saying, in effect, “If you think that any random person can just point his finger at me and I wouldn’t respond, then you are terribly mistaken.”

In a video posted to YouTube over the weekend, a former Army major named Adil Raja claimed that several “actresses and models often stayed at ISI safe houses and were “used” by former senior officials, according to the officials’ closed aids.” He also claimed that several politicians were invited and that videos were allegedly recorded of these encounters.

Sasti shohrat haasil karne k liye kuch logue insaaniat k darjay se bhi girjatay hain . Hope you’re enjoying your two mins of fame. Just because I am an actress doesn’t mean my name can be dragged through the mud.
Shame on you for spreading baseless allegations and 1/2

After that, he said that four well-known actors were named by the anonymous sources. Adil didn’t give full names, but he did use the initials of the actors he accused. As God is my witness, you can see how conflicted I am about telling you that “the first one is MH, the second one is MK, the third one is AK (in another video, it sounds like KK), and the fourth one is SA.”

insinuations about someone you know nothing about & even bigger shame on people who believe this bullshit. This just shows the sickness of our society that laps up this gutter journalism without any thought. But this stops & it stops now!I won’t allow anyone to defame my name.2/2

Even though Adil didn’t specifically name any of the actresses, many Twitter users assumed he was referring to Mahira Khan, Kubra Khan, Mehwish Hayat, and Sajal. Adil’s statement and photos of the actors quickly went viral on the microblogging site. Adil claimed AK instead of KK in the video, leading to the misunderstanding.

To her threat to sue Adil, Kubra added, “Before you start to heap allegations upon people, have some proof first.” You have a total of three days to come up with this proof, which you claim is the truth. “If not, either retract your statement and publicly apologize, or I will be suing you for defamation.”

However, Adil elaborated on how he never once called Kubra by name.

Mehwish followed Kubra’s lead and commented on the situation on Twitter. The star of Punjab Nahi Jaungi wished the recipient well, writing, “People forget humanity for their shallow popularity.” “I hope you’re enjoying your two minutes of fame.” Having my name dragged through the mud is not something I accept as part of being an actress.

She continued, “Shame on you for spreading baseless allegations and innuendos about someone you know nothing about, and even bigger shame on people who believe this bullshit.” This just shows the sickness of our society, which laps up this gutter journalism without a second’s thought. But this stops, and it stops now! “I won’t allow anyone to defame my name.”

Sajjad Ahmed - March 31, 2022
The Pakistani-Muslim actor Riz Ahmed went from being nominated for an Oscar to winning one. To his family, friends, and especially his wife, the...