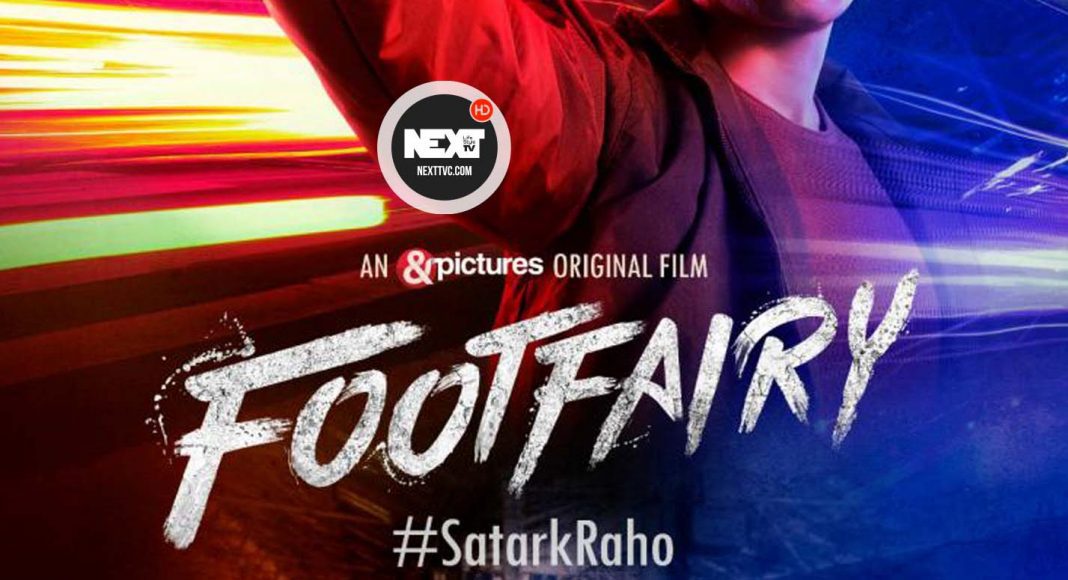 &pictures is all set to present its TV first initiative with a spine-chilling crime thriller ‘Footfairy’ starring Gulshan Devaiah, Sagarika Ghatge and Kunaal Roy Kapur. The film is all set to take you on a gripping cat and mouse chase that will leave you intrigued.

Amid the unpredictable times due to COVID-19, TV channels and movie makers also have come up with innovative ways to reach their audiences. Speaking of this, &pictures is all set to present its first direct to TV release film ‘Footfairy’ starring Gulshan Devaiah, Sagarika Ghatge and Kunaal Roy Kapur.

While the name surely seems like it is straight out of a fairy-tale, Footfairy proves to be quite the opposite as it is gritty, edgy and an intriguing thriller that will leave you dazed. Set in the backdrop of Mumbai, Footfairy promises to leave you on the edge of your seat. The thriller features the versatile performer, Gulshan Devaiah as Vivaan Deshmukh, a CBI officer who gets involved in a cat and mouse chase in an attempt to solve the mystery of a gruesome serial killer with a crazy fetish with feet. Gulshan as Vivaan turns out to be a relentless and smart CBI officer who has his mind set on finding out the culprit behind the heinous crimes. Vivaan deals with a killer who is relentlessly murdering young women and cutting off their feet due to his crazy fetish.

As he steps into the dark and twisty world of the serial killer, Vivaan discovers that the path to embrace one’s obsession can lead to something gruesome. The film’s gritty story showcases for the first time the impact of a fetish and what it can turn a person into. Rarely any film has explored the genre where a person’s obsession or fetish and its aftermath is showcased in a thrilling way. Footfairy happens to be a pioneer in that sense as it shows us how gruesome an obsession might turn. With unexpected twists, Vivaan embarks upon the hunt for the serial killer with the help of his teammates. Along the way, he meets a pediatrician Sagarika Ghatge who indirectly leads Vivaan to a suspect who may or may not be the ‘footfairy.’ Post that, begins a cat and mouse chase where the fight is between the serial killer and Vivaan about whose obsession is bigger and whose quest will drive them over the edge. one surprise package that will surely blow your mind in this film is the character of ‘Joshua’ played by actor Kunaal Roy Kapur. After having seen him play quirky and comical roles in web series and films, Kunaal’s first attempt at a negative role is bound to impress you.