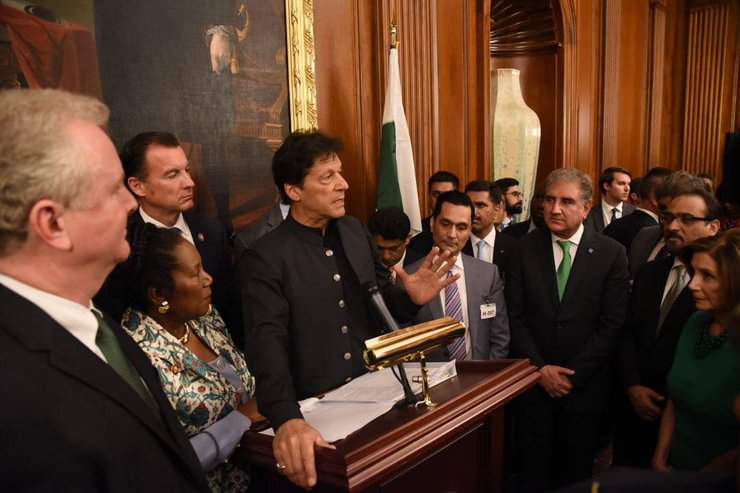 Washington D.C.: Prime Minister Imran Khan attended a reception at Capitol Hill on July 23, 2019, hosted by the Congressional Pakistan Caucus. The Prime Minister, who is on a three-day visit to Washington, was greeted by Caucus Chair Congresswoman Sheila Jackson Lee (D-TX). 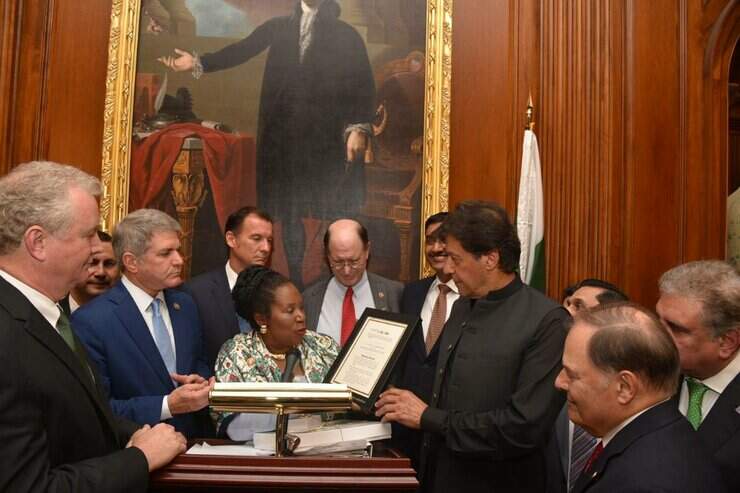 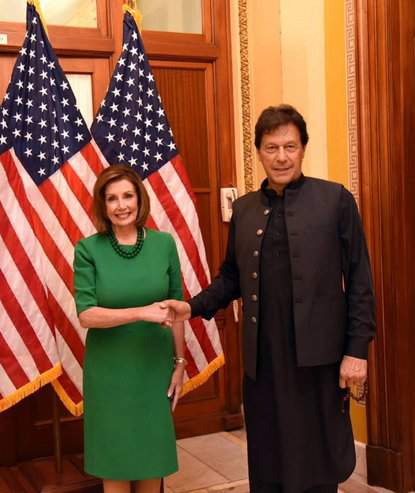 He said that his government was committed to rebuilding the relationship on the basis of mutual trust and mutual respect.

Speaking at the reception, Foreign Minister Shah Mehmood Qureshi said that Pakistan attached great importance to its outreach at the Capitol Hill. He thanked the Congressmen and Senators for sparing time to attend the reception as it would help to have a better understanding of Pakistan. 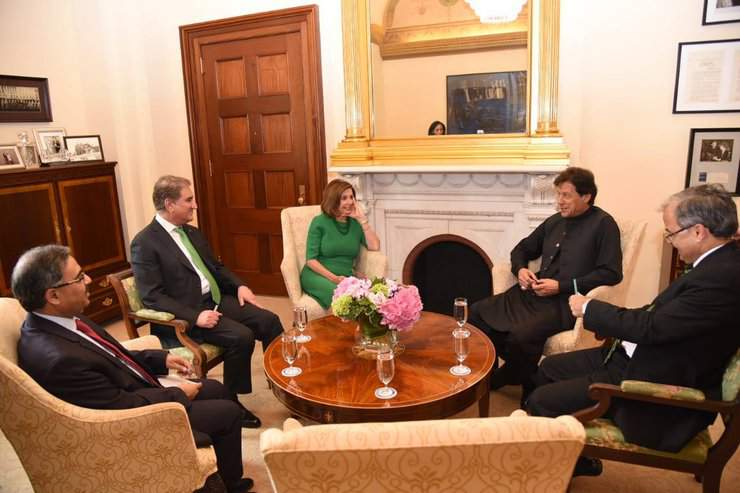 Congresswoman Jackson Lee thanked the Prime Minister for visiting the Congress and expressed hope that relations between the two countries could be deepened by enhancing exchanges between the parliamentary representatives of both sides. They were of the view that Prime Minister Khan’s visit to the Capitol will help generate greater interest and foster a better understanding of Pakistan in the U.S. Congress.

The members of Congress also appreciated Pakistan’s invaluable contribution to the Afghan peace and reconciliation process. They appreciated the role of the Pakistani American community in the U.S. 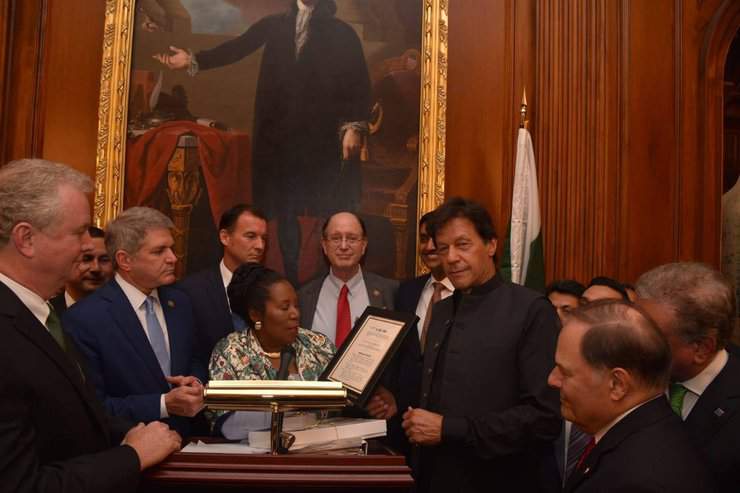 They presented the Prime Minister copy of the special resolution, which had been introduced in the Congress to welcome the Prime Minister’s inaugural visit to the U.S. and to reaffirm the continuing support and commitment to the long and enduring friendship between Pakistan and the U.S.

A number of Pakistani American community from different constituencies of Congressmen and Senators was also present at the reception. The Prime Minister also thanked them for playing an active role in the creation of Pakistan Caucus and holding a successful event at the Hill.