One of my favourite films of the ‘90s is Abbas-Mustan’s Baadshah. The spoofy crime comedy – starring Shah Rukh Khan as a bumbling detective – was “strongly inspired” by the Johnny Depp starrer Nick of Time, but there’s more to it than that. To understand Baadshah, one needs to understand Bollywood. It marked a rare occasion where a Hindi movie became the self-referential sum of its makers’ careers. It wasn’t just the director duo playing up their own penchant for crime thrillers. The entire cast was composed of the decade’s most prolific “character actors” – Viju Khote, Sudhir, Avtar Gill, Razzak Khan, Dinesh Hingoo, Dinyar Contractor, Sharat Saxena, Anant Mahadevan, even Deepak Tijori. All it missed was Bob Christo and Mushtaq Khan. Much of Baadshah’s charm was derived from the sight of these bit-role players letting their hair (or whatever was left of it) down and sportingly spoofing their own legacies. For a hot 1997 minute, it felt like they had found a way to ride India’s upcoming multiplex wave and remain relevant. 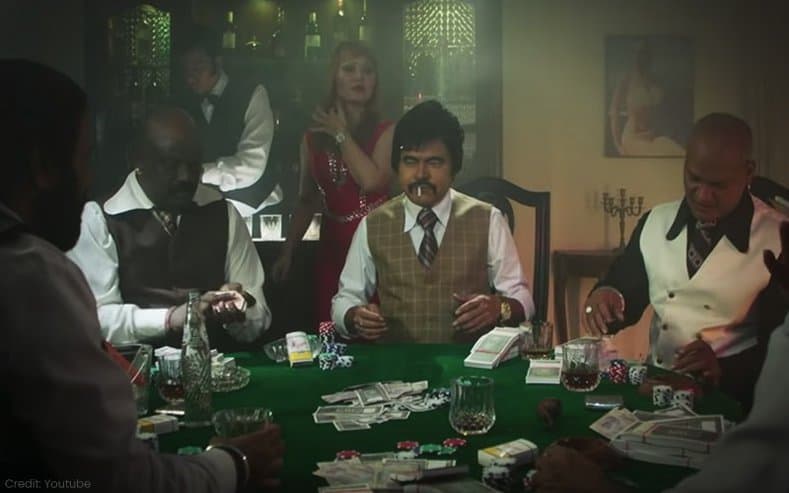 But many of them were seldom seen again. The rise of the casting director brought about the anti-characterization of actors. Bollywood was upgrading, and they didn’t get the memo. The funkiest of the Baadshah lot was Sudhir – one of the industry’s oldest and most illustrious side-actors – who seemed to be having a blast with his master-of-disguise persona and outlandish English accent. It was like watching the uptight family grandpa cutting loose at a kiddie birthday party, an image neatly approximated by the closing moments of Hardik Mehta’s feature-length debut, Kaamyaab.

It’s only right that Kaamyaab is based on a has-been named Sudheer: an affectionate ode to a tribe relegated from the background of film posters to the backdrop of life. This man, too, awkwardly impresses his (mangled) English upon younger strangers; the language is perhaps his way of reminding people that he’s not totally outdated yet. And maybe it’s only right that Sanjay Mishra – a late bloomer who wrenched his breakthrough (Aankhon Dekhi) from the independence of new-age Hindi cinema – plays the role of this hopeful tragic. After all, it’s not often that the pixels of an image evolve to paint an image of pixels: Mishra, a veteran of thankless roles, uses this opportunity to personalize the essence of his muted hustle. He turns the film into an empathetic long-form piece about forgotten pieces – and, in turn, forgotten fragments of our childhood. 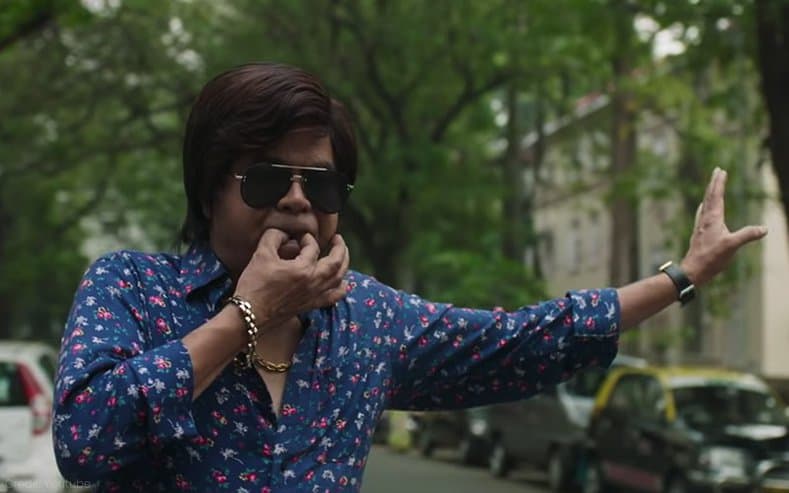 Kaamyaab opens with a lifeless Sudheer humouring a nostalgic TV crew. He dampens their spirits with a “character actors were called aloo (potato); they fit into every dish” quote. When the anchor offhandedly shows him his IMDb page, he discovers that he is, in fact, a veteran of 499 films. Best known for an iconic Samba-style line (“Bas enjoying life, aur option kya hai?”) from an ‘80s blockbuster, Sudheer needs a new identity. A better one: number 500. His friend opines that the time is ripe: Om Puri is no more, Paresh Rawal is busy with politics, Anupam Kher is busy tweeting. Encouraged to the point of obsession, Sudheer spends the rest of the film seeking his last hurrah. Ironically, he must rely on an actor-turned-casting-director (Deepak Dobriyal; fits like a potato) to find him that elusive role. Like a retired rugby player resisting signs of long-term concussion, Sudheer navigates his days grappling with the modern updates – new rules, helmets, inclusivity, talent – to the game. But one more knock to the head, and he could be done for.

Another sports metaphor informs the psychology of Sudheer’s journey. Like the average cricket-crazy Indian witnessing the rise of Sachin Tendulkar in the ‘90s, Sudheer, too, thinks in the currency of statistical landmarks. He is inclined to measure an artist’s worth in terms of round numbers. “If I reach 500, it’ll feel like I’ve accomplished something in life,” he remarks to a friend, who doesn’t correct him either: An organic extension of a culture that endorses record-oriented greatness (“100 centuries will seal his legend”). Cricket trivia also underlines the exaggerated personality required to survive the film business. When Sudheer asks Dinesh Gulati (Dobriyal) why he chose to start a casting agency, Gulati, instead of admitting to a failed acting stint, compares himself to the famous Steve Bucknor – an ex-batsman who became a professional umpire so that “batsmen would never be treated unfairly again”. At one point, Gulati even loftily equates Sudheer’s 499 to Don Bradman’s batting average of 99.94.

But the cleverest analogy comes in the form of an assistant director on the sets of a big-budget film. The boy (Akashdeep Arora) introduces himself to Sudheer as Shiv Sunder Das (“Oriya, not Bengali”), a nod to the diminutive Indian Test opener from the early 2000s. Das was in many ways the cricketing equivalent of Sudheer – an unsung side-hero who did the attritional job of facing the new ball so that the superstars (Dravid, Tendulkar, Laxman) could take centre-stage. His modest average betrayed his value to the team. Naturally, it’s this assistant director who asks Sudheer to sign his father’s scrapbook of yesteryear character actors. This single moment, in context of the film’s eulogistic tone, is more effective than the actual cameos by these actors. (Seeing Birbal, however, brought back memories – and smells – of the farmhouse kitchen from which hot aloo parathas were deposited onto my plate while my grandmother watched reruns of Sholay and Roti Kapda Aur Makaan).

Sudheer’s relic-like stature is outlined by astute observations that can only have come from the director’s own experience as an assistant over the years. For instance, the man’s wig-wearing and pipe-smoking aren’t just limited to his trashy roles on screen. Given that he descends from an era that favoured image over name, these are performative traits of a man who is also playing the role of Sudheer in real life. This becomes evident in a lovely moment where, on receiving a package at his doorstep, it takes him a second to recognize the sound of his real name (Babulal Chandola). He instantly removes his wig when he does, almost like he is switching from one identity to another.

Then there are the little things. Sudheer isn’t used to auditions (Gulati wonders “how to make risotto out of this old rice”), and needs a quick drink to loosen up in front of the cameras. His shirts are tight and rings, shiny. I almost heard him say ‘darling’ in that shady clipped tone, but Mishra’s turn is too tender to go full-caricature. On the contrary, he looks like a man who has worn so many faces that even his emotions feel borrowed. His sadness is filmy: getting drunk in heavy rain, screaming at a billboard. His happiness, too: Dancing at a party in slow-mo. Moreover, Sudheer is so conditioned to being a junior artist that even his dreams – unfurling in garish B-movie mansions with spiral staircases – are heartbreakingly modest: Supporting roles, not lead, are his Everest.

Which is why it makes sense that the film’s most perceptive scenes involve its supporting actors. Sudheer’s daughter, Bhavna (a terrific Sarika Singh), and his neighbour, a young web-show actress (Isha Talwar), go a long way in humanizing Sanjay Mishra’s vacant gaze. His interactions with Bhavna slowly reveal the irony of being Sudheer – a man who has spent so long working as a side-actor that he might, along the way, have become a side-father. This isn’t easy to depict without loud exposition, but Mehta crafts a haunting buildup sequence to earn the drama. But Sudheer’s inability to adapt – and his crippling rift between fiction and reality – is best mirrored in a late-night conversation with Isha. He mentions how his late wife was upset to learn that her favourite song, Jab Koi Baat Bigad Jaye, was copied from an English song. Isha then hums the English version, 500 Miles, while he hums the Bollywood duplicate.

Maybe if Sudheer, too, was cast in Baadshah, he’d have never known about Nick of Time. And maybe if Sudheer heard the title of this film, Kaamyaab, he’d assume that the Hindi song it evokes – Hum Honge Kaamyaab – is the only one of its kind. Perhaps the most reassuring aspect of this deeply affecting film is how it refuses to assure us that…he shall overcome, someday.