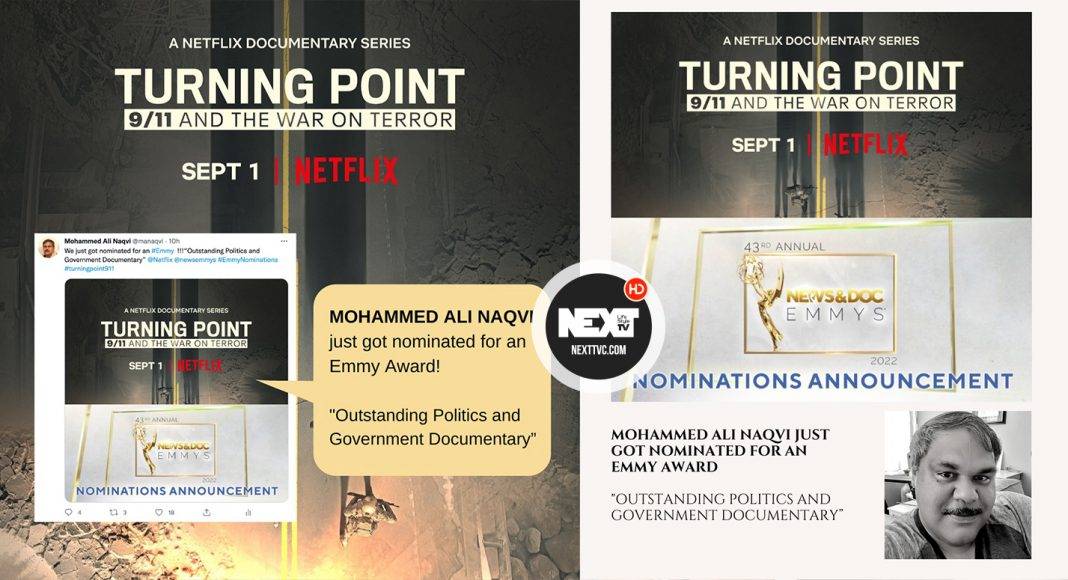 Turning Point 911, a Netflix documentary was just nominated for an Emmy Award. The series creator and producer, Mohammed Ali Naqvi, deserves a round of applause. Among Netflix’s most-watched shows of the year, Turning Point 911 was in the top 10. The documentary series was loved by everyone, from Kim Kardashian to Stephen King. Nominations for the 43rd Annual News and Documentary Emmy® Awards were announced by the National Academy of Television Arts and Sciences (NATAS).

Turning Point 911 is a five-part Netflix documentary series that investigates the events of September 11, 2001. the events leading up to and following the September 11th attacks on New York City and the events in Afghanistan and the United States that led to those events. From Al Qaeda’s roots in the 1980s through America’s response to the 9/11 terrorist strikes, this unflinching series chronicles the events of that day. New York City’s Palladium at Times Square hosts this year’s News & Documentary Emmy Awards. NATAS’ dedicated viewing platform, powered by Vimeo, is available on the web at Watch.TheEmmys.TV and via The Emmys® applications for iOS, tvOS, Android, FireTV, and Roku (full list at apps.theemmys.tv).

In this year’s 43rd Annual News & Documentary Emmy® Awards, which were judged by a group of over 800 peers from the television and streaming/digital media news and documentary industries, content from over 2500 submissions was honoured.

The Pakistani actor, Mohammed Ali Naqvi (www.monaqvi.com), is a rising celebrity. Naqvi is a household name around the world, and he has won numerous awards for his innovative work. Human rights, social justice, politics, and cultural identity are all major themes in his work as a Pakistani-American filmmaker. As a writer, his work is known for its severe depiction of poverty, clear-sighted examination of injustice, and critical study of political Islam. The United Nations Association Festival awarded him the Grand Prize and two Amnesty International Human Rights Awards. For his work on Showtime Original Shame, which follows Mukhtaran Mai’s journey from a survivor of terrible abuse to an advocate for women’s rights, he got the first Television Academy Honor.

Narrative projects that promote multiculturalism in a variety of topics and genres are what Naqvi is looking for. I Will Avenge You Iago, which featured Giancarlo Esposito and Larry Pine and was an indie comedy, was one of his productions. Naqvi’s passion for animals dates back to his childhood, when he had two lions as pets and spent a lot of time with them.