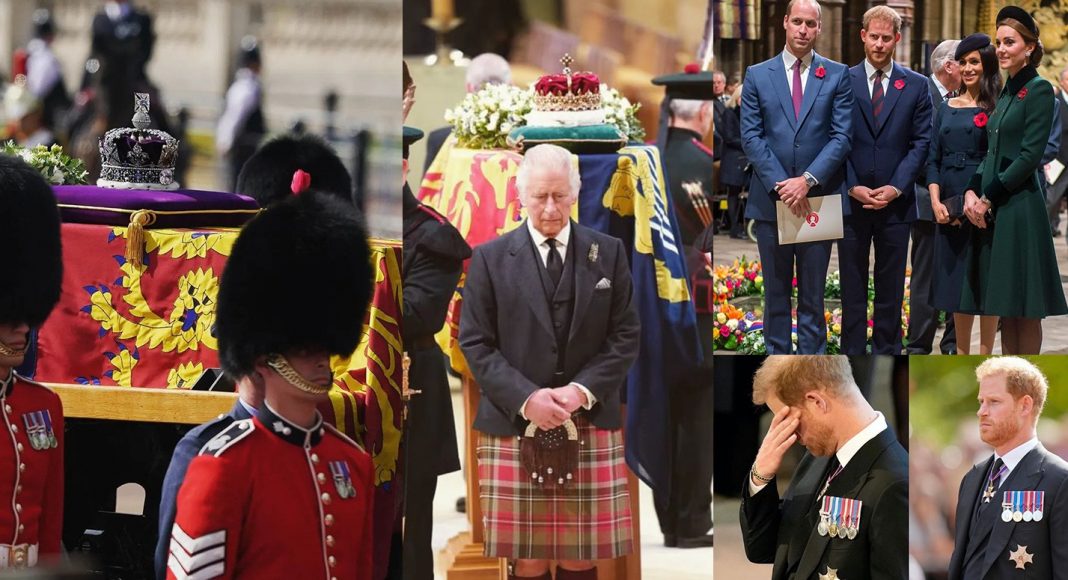 Along with his brother, Prince William, Prince Harry participated in the funeral procession for Queen Elizabeth II. They led the cortege to Westminster Abbey.

At the funeral procession for their mother, the royal brothers are reunited.

In her later years, the Queen passed away at Balmoral Castle.

Respect is being shown. On September 8th, after the death of Queen Elizabeth II, the longest reigning monarch of the United Kingdom, the royal family gathered to mourn. In an emotional procession, the coffin of the Lying-in State Queen was carried by eight pallbearers to Westminster Castle on Wednesday in an emotional procession.

The casket was borne down Buckingham Palace’s streets. The newly crowned King Charles III and his son, Prince William, joined the sorrowful royal family as they traveled with the coffin. His younger brother, Prince Harry, who is now known as the Prince of Wales, walked behind him the entire time. In addition to these three men, the Queen’s daughter, Princess Anne, and her uncles, Prince Andrew and Prince Edward, also participated in the parade. All of these people raced to Balmoral as soon as they heard the news that the queen’s health was rapidly failing, and they were the ones who were with her during her final moments.

Meanwhile, Prince Harry, who resigned from royal duties with his wife Meghan Markle in 2020, was present by his older brother’s side, lending weight to the occasion. Reports of tension between the two were rampant in the media recently, but once the brothers and their spouses rejoined at Windsor Castle, optimism for a peaceful resolution to their differences returned. At the gates of the Queen’s house, the people swarmed to pay their respects, and the two spouses greeted the admirers.