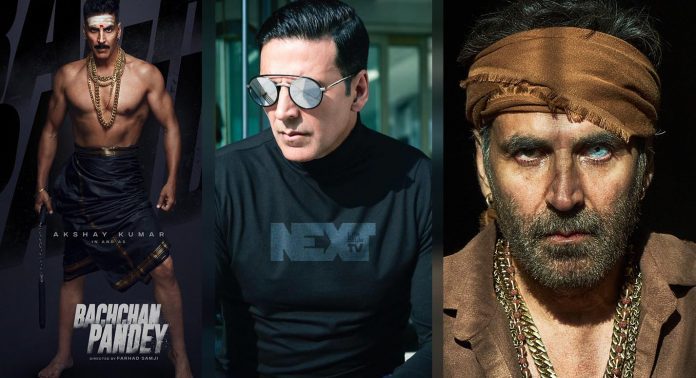 Shooting for Bachchan Pandey Started earlier this month in Rajasthan. The actors have been in the state for the last few weeks and have been shooting non-stop. Amid the shoot, Akshay Kumar dropped a brand new look on Saturday and even had a big announcement for his fans.

Taking to social media, Akshay Kumar announced the release date of Bachchan Pandey and looks like the actor is all set to dominate Republic Day at the box office next year.

The same was retweeted by Kriti Sanon. In the deadly new look, Akshay can be seen donning shades a of brown with his striking one blue eye. Check out Akshay Kumar’s announcement on social media:

As per Akshay’s various looks released online, the actor will be playing the role of a gangster. A few days back, sharing the first look of Akshay from Bachchan Pandey, the makers wrote, “Here’s to the 10th Collaboration together & a bond decades old! Presenting the Gangster @akshaykumar in & as #BachchanPandey.”

Kriti Sanon has been sharing some fun videos and photos from the film’s sets. She had shared a video in which she is seen walking with her makeup artist and team member while soaking in the winter breeze as she headed to work with Akshay on a foggy and chilly morning in Rajasthan.