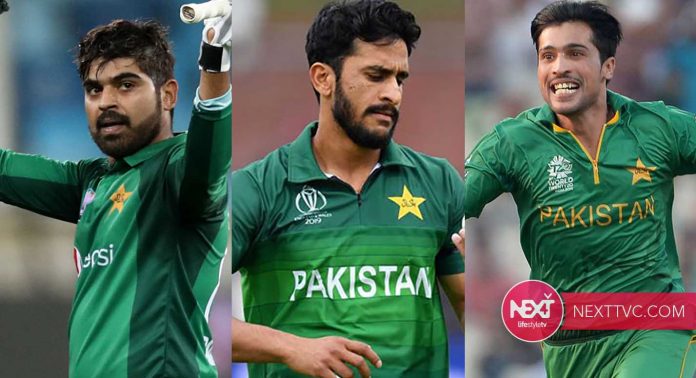 Pakistan Cricket Board (PCB) has announced its 29-man squad for the upcoming England tour. The Men in Green will be without fast bowlers, Hasan Ali and Mohammad Amir, as well as middle-order batsman, Haris Sohail.

Mohammad Amir and Haris Sohail have pulled out of the upcoming England tour due to personal reasons, the Pakistan Cricket Board has confirmed.

Amir has withdrawn so that he can be at the birth of his second child in August, while Haris will miss the tour because of family reasons. Some cricket experts believe that he might be deliberately missing out on the tour since he has retired from Test cricket. Wahab Riaz, on the other hand, who also hung up his boots for an indefinite period, has agreed to play the longest format if the team needs his services.

Hasan Ali will miss out on the tour due to his back injury. PCB recently announced financial assistance for the pacer so that he can undergo rehabilitation and once again join the team after gaining full fitness. In the absence of these fast bowlers, Sohail Khan has been called back into the side along with Faheem Ashraf.

Pakistan will send the team at the start of July for three Tests and three T20Is to be played in August and September.