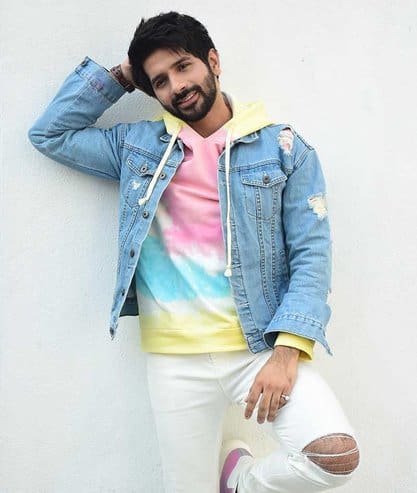 Today, Debutdant actors Vardhan Puri and Shivaleeka Oberoi came to Delhi for the promotions of their upcoming movie Yeh Saali Aashiqui. The press conference was held at The Imperial Hotel, New Delhi. The film will be released on 29 November 2019.

Vardhan Spoke about his inspiration and Movie, ” For me, My grandfather and Charlie Chaplin are the two inspirations to work hard in the industry. I don’t want to copy anyone but be the original me.” He further added, ” This movie was a big challenge for me as it’s intensity and plot was so serious that we had to pick up very fast from the first day of the shoot.”

Shivaleeka shared her expectations for the debut film, ” I always wished to debut with a typical romantic film but after reading the script of Yeh Saali Aashiqui, I understood that it is a content-driven film. It is a big opportunity for me to debut with such an intense role as this could have been any other actor’s fifth movie.”