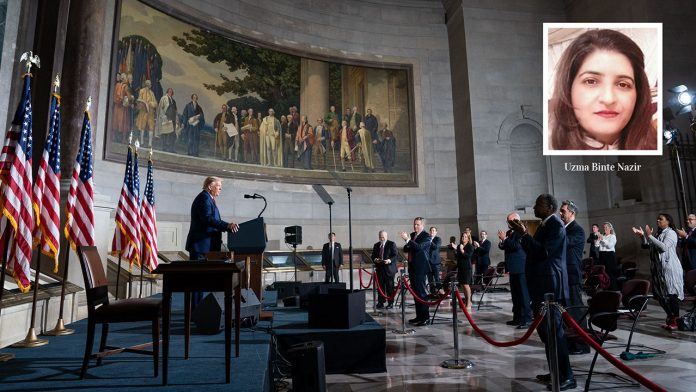 The upcoming United States presidential election will be a massive event that is scheduled for Tuesday, November 3, 2020.

Whether Trump will get a 2nd term or not is the big question that also depends on how strong are Trump’s rivals.

On 13th Nov 2019, I had predicted the possible outcome of Donald Trump’s re-election of November 2020 based on his birth details available on the internet.

Trump is under a period of Jupiter/Saturn till June 2021. Saturn is placed in the 12th house of losses in his horoscope.

The transit of Mars in Pisces from 4th Oct – 24th December 2020 is going to be a very turbulent period for the US and Donald Trump. This period may bring sudden changes and transformations for Trump that may not be pleasant for him. During this period, there may be lots of stress, anger, and frustration in people in general and especially in the US.

Astrological energy seems to suggest more civil unrest in the US. Violence, Riots, and mass protests may erupt around and after this election in the US.

On the 21st of June 2020, the Solar eclipse was fallen in the same birth star in which Trump’s natal Sun & North Node is placed. This eclipse will prove disastrous for Trump.

Later Jupiter will enter again in Capricorn at the end of November 2020 which indicates an increase in his secret enemies. He must watch his health and safety.

If I look at the swearing-in horoscope of Donald Trump, Saturn is transiting over Sun. South Node will be transiting through the 8th house over Saturn from 20th September 2020. On 14 December 2020, a solar eclipse is going to fall in the 8th house of swearing-in horoscope of Trump over natal Saturn. Mars the ascendant lord passing through the 12th house aspected by Saturn. Again all indications are malefic.

Hence the above-mentioned parameters are not conducive for Trump to retain the pedestal of the presidency. He cannot be the next to take up the white house despite a tough contest with Biden.

When I look at the horoscope of Joe Biden, stars seem to favor him and he will be the winner in this election but I do have a concern based on Biden’s transits that he could suffer a tragedy concerning his health or violence that may cause major obstacles in his quest to remain the President of the United States.

As per my humble astrological analysis, Joe Biden will not serve out his term and his VP choice Kamala Harris could end up being the 1st female President of The USA.