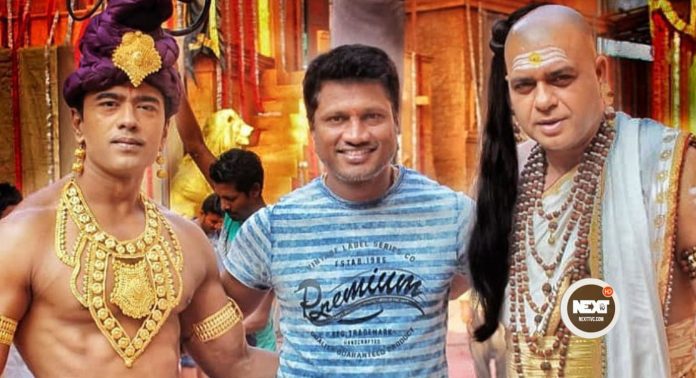 Mumbai : The famous T.V serial director J.P Sharma who was associated with Ekta Kapoor’s Balaji Teli films he began his first debut T.v show Devo ke dev Mahadev is one of the highest watched T.v serial, He gained a lot of fame from this serial which is a very popular show on Life OK channel, This was his first show after that this serial he got a lot of success.

“It was Never about passion for me, I came into direction accidentally and my first Major break Was Devo Ke Dev Mahadev Which is starred Mohit Raina in the Key role.”

Having done other mythological shows like Devo Ke Dev Mahadev And Siya Ke Raam” Sharma is currently directing Vighanhart Ganesh On Sony Entertainment television expressing his happiness that he got a chance to work with this serial.

“Before COVID-19 Pandemic has a substantial impact on the television industry When we were shooting we never had any Concern about anything except how to get our work done. But after COVID it is like along with getting our work done, we have to look after so many things and leave to take precautions Like social distancing wearing a mask, he concluded.