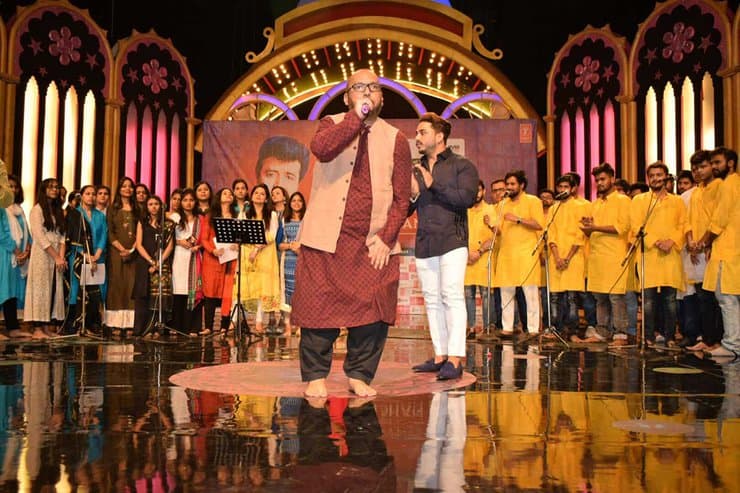 The Educational wing of T-Series organized an event in the respect and memory of the beloved Shri Gulshan Kumar,  the founder of the T-Series Music Label and the Bollywood Producer. The event, “The Legacy of Shri Gulshan Kumar” was held in Laxmi Studios, Film City, Noida, where many celebrities and notable guests like Ashutosh, the journalist, Indian Devotional Singers like  Narendra Chanchal, Kumar Vishu, Tarun Sagar and Bollywood Celebs, Sukhmani,  Shankar Sahni attended the event in his honor.

The event was a whirlwind of activities presented by students in the form of cultural performances. It also introduced, ‘Gulshan Kumar Award of Excellence’ which will be given to achievers who made a mark in their field.

Gulshan Kumar, the name itself says a lot, the memory and respect people have of him is indigenous. People had a lot to say about him. Present at the event famous Journalist, Ashutosh quoted “I am honored to be standing here at this event where we are celebrating the legacy of a person who revolutionized the music industry in the last 30 years. As I grew up the name which always came to my mind was Mr. Gulshan Kumar who gave a new platform  to many new talents in the industry.”

Akhilesh Anand, News Anchor, ABP News  on receiving the award felt overwhelmed and passed on his learned wisdom, saying ” I am very thankful for receiving this award and to the students present here, I simply want to say you have greater challenges in this new age media and I believe you guys are much smarter, hoping that you will be able to understand the difference between right and wrong to be able to serve responsibly to the country”.