Does everyone remember Dangal? Yeah, the director of Dangal directed this film too. Do you remember how, in Dangal, the Phogat sisters’ aim in life was to please their father by being cutthroat athletes and how life becomes all hunky-dory when they do achieve what their father wanted them to do? Chhichhore attempts to tell a different tale: daddykins’ wishes and hopes for you aren’t that important. But it tells you all of this in a super twisted way. And this movie review of Chhichhore is here to tell you the truth and nothing but the truth about this Sushant Singh Rajput and Shraddha Kapoor starrer. Gird your loins.

The film is directed and written by men. And you can see that. You can understand that. It’s written by Piyush Gupta, Nikhil Mehrotra, and the director Nitesh Tiwari. From start to finish, it’s a boy’s film. And that’s absolutely fine. My only problem is – aren’t all films eventually boys’ films?

That’s not to say the film isn’t enjoyable, oh no. The dialogs are a delight, the emotional punches all land (except for a few moments when wheezing crying passes off for depth and cheesy smiles substitute actually sensitive moments) and all the characters are given equal weight. Except for the girl, but we’ll get to that later. Because agar director ne bhi zaroori nahin samjha heroine ko itna importance dena toh is review main de ke kya faida? Right? Right.

The story begins with Aniruddha Pathak’s son, Raghav, who’s waiting to get accepted in a major engineering university. Raghav’s parents were college sweethearts and are now divorced. Shraddha Kapoor, who plays Maya, has given up custody of her son to Anni. Why? No one knows. But she has. Cool? Cool.

Raghav doesn’t get into the college of his choice and attempts to commit suicide. The whole idea that Anni will use his college’s story to help Raghav fight for his life as he recuperates in a hospital room, is obvious in the first ten minutes of the film. This is not where the film lifts itself and becomes an enjoyable ride for the audiences.

For obvious reasons. The kid’s critically injured, for crying out loud, and the doctor’s role is to constantly punctuate this. It becomes an overkill (no pun) and you begin to wonder what could have caused the poor child to be so mentally unstable that it caused him to take his own life?

At the end of the film (another spoiler incoming), the poor broken child asked his dad and his friends, “So when you thought you were a loser, did you want to kill yourself?” Everyone shakes their heads, smiles and says no. Talk about invalidating your experience. Great parenting continues on after this film, I’ll bet. (Get the kid a psychologist asap, guys.)

Can we talk about mental illness in a better way? Please?

Honestly, that was the second most irresponsible element in the film:  the handling and talking about suicide. Yes, the pressure is quite monumental in desi culture for children to ‘outperform’ their parents. Yes, we need to help our children and our peers be strong enough to deal with failure. Yes, we need to help them understand that it’s okay to not be in the creme de la creme in every field. Yes, even kids who are ‘losers’ in college, turn out to be normal, well-functioning successful adults (I actually waited for an exposition on what Anni’s friends actually did in life now; they seem to be doing okay … but, err, what are they doing?). But at the same time, we have to understand that each child is different and even the slightest bit of pressure can buckle them. We have to understand how suicide and depression aren’t just ‘instances’ but actual mental health problems that need more attention than just being fixed by a ‘hey, kid, stop crying, it’ll be okay’ from a well-meaning adult.

So where was I? Oh yes. The ‘fun’ in a melodramatic tale where a teenager has almost killed himself after jumping off a building because the pressure was too much. The real fun begins when Varun Sharma, aka Sexa, makes his appearance and we are taken back to Anni’s college days.

The screenplay makes a strong connection between the past and the future present (holy moley, I just figured out what X-Men meant), all the characters are sound and deliver the required emphasis. Whether it’s Prateik or Tahir Raj Bhasin or Saharsh Kumar Shukla or Naveen Polishetty, they’re all incredible on the big screen and there’s no false note anywhere.

The film’s biggest problem is Shraddha Kapoor’s character, which could not have possibly written in a more one-dimensional way. Maya has no friends. No ambitions in life. All she does is cheer for Anni, sit with Anni’s friends, look pretty, cry for Anni, pine for Anni and get mad at Anni and of course, later forgive Anni. We don’t know what went wrong between the two of them in their marriage and there’s not enough meat given to chew on when it comes to their relationship’s exposition at all. Luckily, there’s so much else happening in the rest of the story, that you forget about them soon enough. Can you blame yourself? Maya is a light version of Kabir Singh’s Preeti. 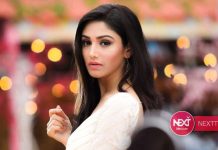 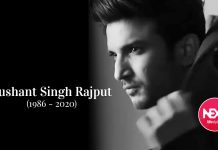 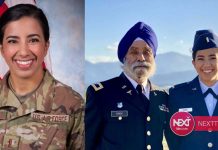 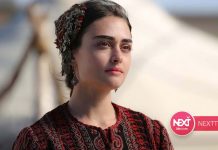 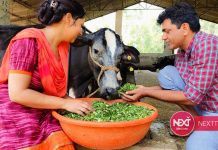 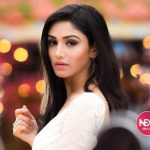 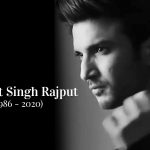 Bollywood Sajjad Ahmed - July 10, 2020 0
Shekhar Kapur was supposed to make the film Paani with Sushant Singh Rajput. However, after months of prep, the film got shelved. The filmmaker had earlier... 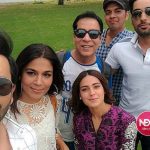 Celebrity Style Sajjad Ahmed - July 9, 2020 0
The talented Junaid Khan would be seen sharing the screen with Iqra Aziz once again in the new drama 'Kasak', which is expected to...