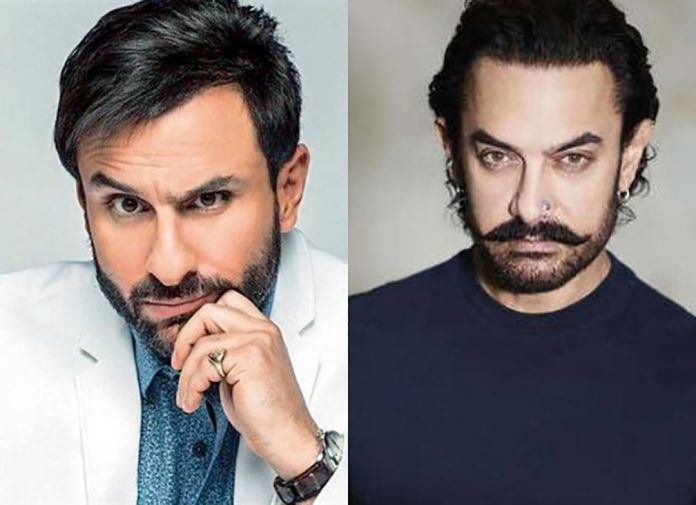 Saif Ali Khan has several interesting projects in his kitty. The actor will next be seen playing an intense character in his upcoming film Laal Kaptaan. Saif Ali Khan steps into the shoes of a Naga Sadhu; out on a dramatic journey is ridden with drama, revenge, and deceit. The film is slated to release on October 18. Now, in an exclusive conversation with Bollywood Hungama the actor spoke about the Hindi remake of the Tamil film Vikram Vedha.

Answering fan questions during the interview, Saif Ali Khan responded to a fan who asked about the Vikram Vedha remake. Saif said, “I would like to. It is a little early to talk about it. But if you have heard something then there’s no smoke without fire. But I am a bit superstitious. So wait a little longer.” When questioned if he will be doing the film with Aamir, Saif Ali Khan shrugs. Aamir Khan recently took to his social media handle to praise the trailer of Saif Ali Khan’s upcoming film Laal Kaptaan.