Rani Mukerji as Shivani Shivaji Roy is back as the trailer of ‘Mardaani 2’ dropped on November 14.The fierce cop is set to take down serial rapists in the second instalment of the ‘Mardaani’ franchise, which is inspired by true events.

Narrating a grisly tale of rape, the trailer starts by flashing a data by NCRB (National Crime Records Bureau), which reads: “More than 2,000 rape crimes are committed by boys under 18 years in India every year. These are only registered cases.”

Set in Kota, the trailer chronicles a brutal assault on a girl who was murdered after being ‘tortured and raped’. It shows scenes shifting between the crime scene, testing lab and police station until Mukerjiu is heard saying in a press conference that she will surely catch the monster.

But little did she know that the she too will fall prey to some dirty tricks of the rapist, who then starts blackmailing her.The chilling sequel to the 2014 hit ‘Mardaani’ is directed by Gopi Puthran, writer of the first film, who is making his directorial debut with the film. It is slated to open in theatres on December 13 in India. 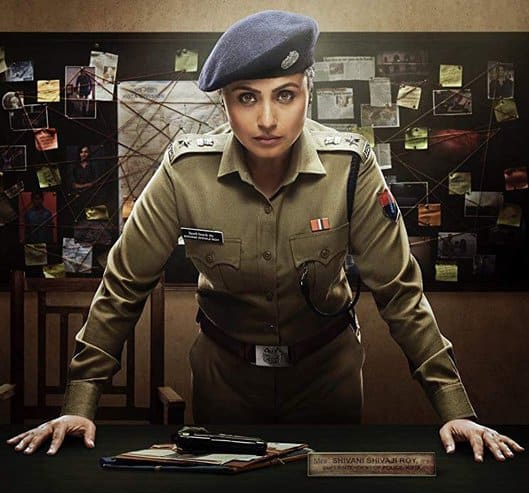 The film has been in buzz ever since the first look and teaser of the film was released. Now, the makers have finally unveiled the trailer of the movie and it is sure to give you chills. In the much-awaited trailer, Rani Mukerji is seen chasing an unknown, unseen villain who is raping girls and challenges Shivani Roy in this race against time thriller.